NBA VS NFL: Differences & Similarities in 2023 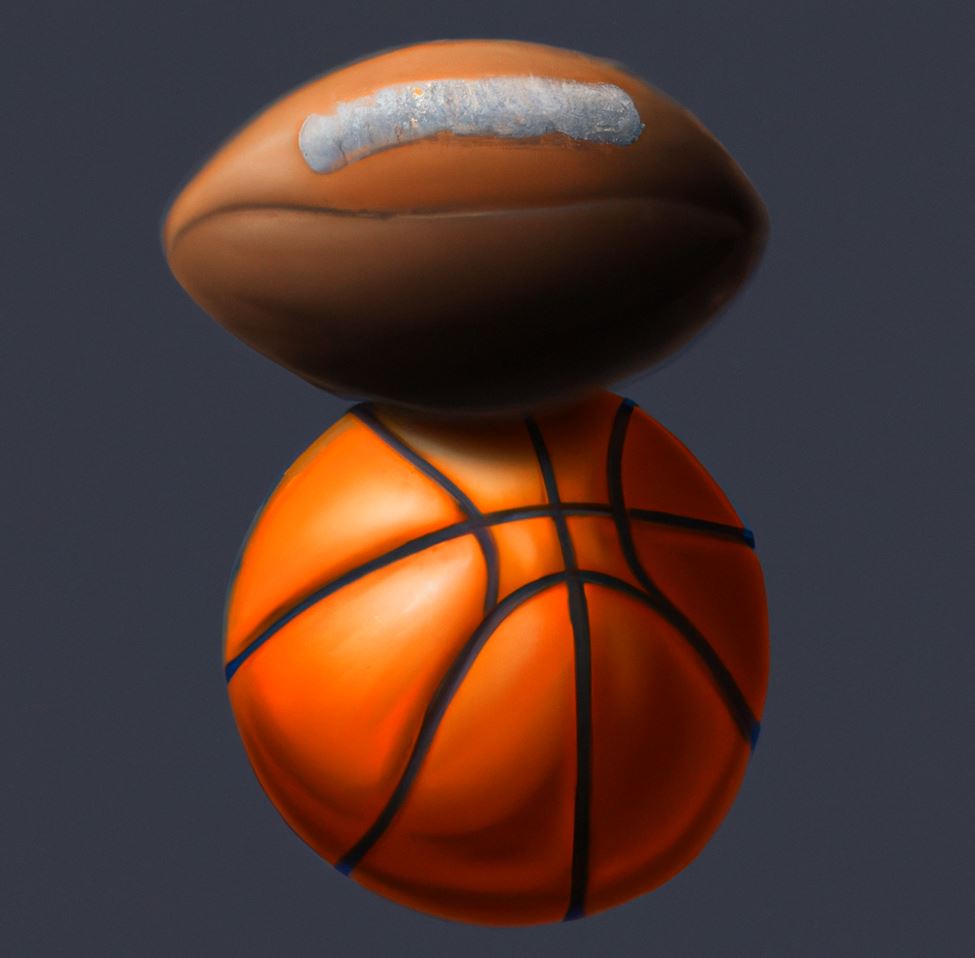 The NBA (National Basketball Association) and the NFL (National Football League) are two of the most popular and successful professional sports leagues in the United States. While both leagues feature some of the best athletes in the world and are beloved by millions of fans, there are also several key differences between the two leagues.

10 obvious differences between the NBA and the NFL: 10 Surprising Similarities between the NBA and the NFL:

Both the NFL and the NBA are popular professional sports leagues in the United States, and both leagues have large numbers of fans who attend games. However, the NFL generally has higher attendance numbers than the NBA.

One of the main reasons for this is that the NFL has a longer regular season than the NBA, with each team playing 16 games. This gives fans more opportunities to attend games, and the NFL’s popularity means that many games are sellouts. The NFL also has a strong following throughout the country, and many markets have a large number of fans who attend games regularly.

In contrast, the NBA has a shorter regular season with 82 games, which means that there are fewer opportunities for fans to attend games, and the number of fans attending may be affected by this. Additionally, the NBA teams tend to be more regionally based, which means that attendance numbers may be higher in markets with an NBA team and lower in markets without one.

The NFL playoffs also have a significant impact on attendance numbers as well, each NFL team plays at least one home game in the playoffs, with the Super Bowl being the biggest event of the NFL year, and it’s played on a neutral site.

It’s worth noting that this data is from the 2020 season and is affected by the COVID-19 pandemic, the numbers may have changed or be affected in the future.

How about TV ratings? How do the NBA & NFL compare?

One of the main reasons for this is that the NFL is considered America’s most popular sport, and it has a strong following throughout the country. NFL games regularly draw large audiences on television, both during the regular season and the playoffs.

TV ratings for NFL games tend to be higher than those for NBA games, particularly for regular season games. NFL games are broadcast on multiple networks, including NBC, CBS, and FOX, and on cable channels such as ESPN and NFL Network, and the NFL often generates some of the highest ratings for television programming. For example, the 2020 Superbowl between the Kansas City Chiefs and San Francisco 49ers was watched by over 100 million viewers in the US.

On the other hand, the NBA has a strong following as well, but it’s considered a niche sport compared to the NFL, also the NBA has a season that lasts much longer than the NFL, which means that the audience may be spread over a longer period of time. However, the NBA’s TV ratings tend to be higher during the playoffs, especially during the Finals. The 2020 NBA Finals between the Los Angeles Lakers and the Miami Heat was watched by an average of 7.5 million people per game, which is high but not as high as the NFL’s Super Bowl.

Additionally, the NFL has a more evenly distributed fan base across the country, whereas NBA teams tend to be more regionally based. This means that in many markets, NFL games are the most-watched programs on television.

The salaries for players in the NBA and NFL are quite different. On average, NFL players tend to earn more money than NBA players, but this can vary depending on the position and the individual negotiations.

In the NFL, the salary cap for teams is set by the league, and it is currently around $182 million. This means that teams have a set amount of money to spend on player salaries each year. The highest-paid player in the NFL is generally considered to be the quarterback, with some of the top-paid players in the league including players such as Patrick Mahomes, Lamar Jackson, Deshaun Watson and Russell Wilson who earn around 35 million dollars per year.

In the NBA, there is also a salary cap, but it is more complex and it is different from the NFL. The salary cap is set by the NBA and it’s currently around $109.1 million, but it also includes the luxury tax, which teams that exceed the cap must pay. The highest-paid player in the NBA is generally considered to be the best player of the league, with some of the top-paid players in the league including players such as Stephen Curry, LeBron James, Kevin Durant and Russell Westbrook who earn around 40 million dollars per year.

When it comes to team payrolls, the NFL teams tend to have a lower payroll than NBA teams, this is because of the number of players on the roster and the structure of the salary cap. For example, in 2020, the Baltimore Ravens had the highest payroll in the NFL at around $222.8 million, while the Golden State Warriors had the highest payroll in the NBA at around $246.4 million.

It’s worth noting that the salary cap and the payrolls of teams can change from year to year, and depending on the league and team, also individual negotiation and performance can impact player’s salary too.

NBA vs NFL networth: Who has higher?

It is not even close! The NFL is totally considered to be the most profitable and valuable sports league in the world. According to Forbes, the NFL had estimated revenues of $15 billion in 2020, and it is also considered to be the most profitable sports league in the world. The NFL also generates a large amount of revenue through its television deals, merchandise sales, and ticket sales.

The NBA, on the other hand, has estimated revenues of $8.3 billion in 2020, it is also considered to be one of the most valuable and profitable sports leagues and subsidiaries in the world. The NBA also generates revenue through television deals, merchandise sales, and ticket sales, but it also generates revenue through international operations, and social media and digital investments.

Have any NBA players tried to play in the NFL?

One example of an NBA player who has played in the NFL is Michael Jordan. During his career with the Chicago Bulls, he took a break to play minor league baseball, but he also had a short stint as a member of the Chicago Bears practice squad in 1994!! However, it was not a regular season game, just a practice. So it doesn’t really count.

And have any NFL players tried to play in the NBA?

There are a few examples of NFL players who have attempted to play in the NBA after their football careers, but most of them didn’t have much success.

One example of a NFL player who played in the NBA is Tom Brady, who tried out for the Boston Celtics in the summer of 1995 but he was not signed.

Another example is Mark Rypien, he was a quarterback for the Washington Redskins, who briefly played for the Portland Trail Blazers in 1992. Rypien was signed to a 10-day contract but did not appear in any games.

A more well-known example is is Tony Gonzalez, he was a tight end for the Kansas City Chiefs and the Atlanta Falcons, after his NFL career, he attempted to play for the Atlanta Hawks during the lockout-shortened 2011-2012 NBA season but was not successful.

Other examples include Bob Lanier, a Hall of Fame center who was drafted by the Detroit Lions in the 1970 NFL Draft and later by the Detroit Pistons of the NBA in the first round of the 1970 NBA Draft. Another one is Antonio Gates, who played college basketball and was signed by the Los Angeles Clippers as an undrafted free agent in 2003, but never played in a regular season game.