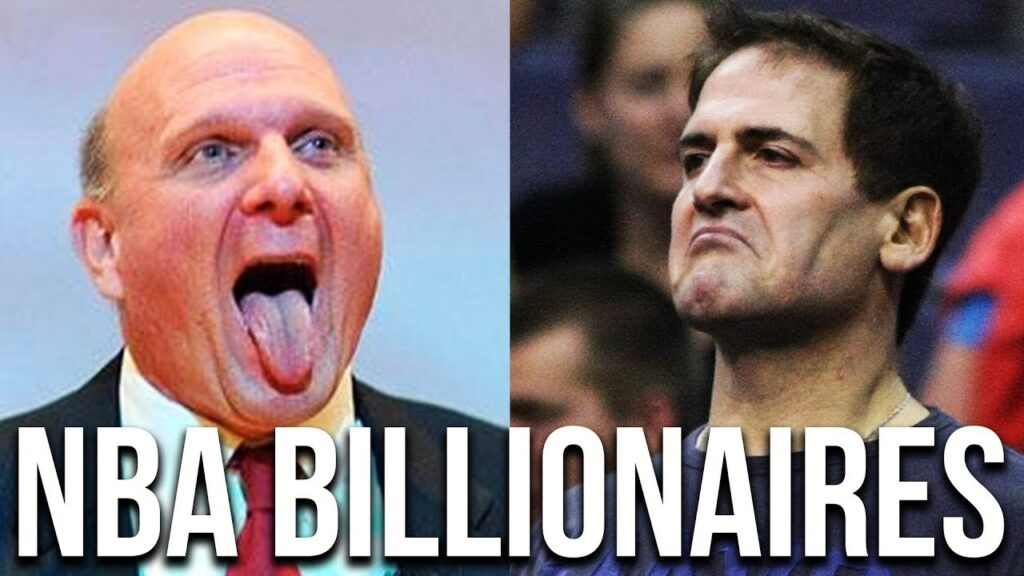 The National Basketball Association is a league that has been around for a long time now, but it is starting to see more growth potential than ever. And, this is because MLB is slow paced and the safety issues are plaguing the NFL. And hockey just hasn’t been the same since their lockout. As for soccer and golf, well, Americans don’t really care as much about them.

However, such cases do like this do not exist in the NBA and that is why more and more investors are taking advantage of its lucrative offerings. On the world stage, basketball is one of the most popular sports. In fact, the only sport that draws more attention is soccer. Basketball related income might be made up of everything from broadcasting rights to concessions and advertising merchandise, but the majority of the revenue in the sport is generated from subsidiaries.

Breakdown Of All NBA Subsidiaries & Properties

When it comes to properties of the NBA, investors need to know that all marketing and licensing of the NBA is done so through a company known as NBA Properties, Inc. It is this company that gives other companies the licenses and rights to sell sneakers, basketballs, warm-up jackets, sweatshirts, and non-sports related items. The company was incorporated in 1967 and it is based in New York. If anyone wants to sell NBA related items they are going to have to acquire a license with this company. That being said subsidiaries are a completely different thing altogether. A subsidiary is a company that owns more than 50% of the stock of a parent company.

There are 30 different teams that make up the NBA and most teams are owned by one individual. This might seem surprising when you sit down and look at everything that goes into the NBA and its merchandising. However, it should be noted that there are several teams out there with multiple owners like the Atlanta Hawks.

The Hawks currently have six owners. These individuals that invest in teams are usually billionaires that make their money through successful capital firms or similar careers. Some are even former NBA pros themselves. Take a look at Wycliffe Grousbeck the owner of the Boston Celtics. He bought the company is 2003 for $360 million. The team is estimated at being worth close to $800 million today. Grousbeck was a partner at a hugely successful venture capital firm where he specialized in medical technology and healthcare services.

Is the NBA Privately Owned?

Yes, the NBA (National Basketball Association) is a privately owned professional sports league. It is made up of 30 teams, each of which is owned by an individual franchisee. The league operates as a single entity, with the teams sharing revenue and working together to grow the league and promote the game of basketball. The franchisees are responsible for the day-to-day operations of their teams, including managing budgets, hiring personnel, and setting player salaries. The league is overseen by a commissioner, who is responsible for making decisions on behalf of the teams and ensuring that the league adheres to its rules and regulations.

How Does The NBA Make Money?

When it comes to NBA profits there certainly is no shortage and they come from several different sources. First, you have ticket sales. There are right around 82 games in a season and with 30 teams that would be a total of 2460 games. There is an average of 17,390 tickets sold on an average game. This literally means that there are almost 43,000 tickets sold throughout an entire season. And, this isn’t even counting the playoffs where the ticket prices are outrageous.

A ticket these days runs about $125. So, if you multiply that number by the average tickets sold during a season, you roughly come up with almost 5.4 billion. This is just one aspect where the league brings in money. You also have to consider the TV spots, the merchandise it sells, the contracts that it sells to allow other companies to market merchandise, and all the concessions.

How Much Do NBA Owners Make Per Game?

When it comes to considering how much owners make on a single game things can get tricky. This is going to really depend on the draw of the team, the tickets sold, the concessions, and the TV time. The more popular the team, the more money they are going to draw in.

You also have to consider the expenses of the owners. They are responsible for paying the players so teams with more talented players are going to be out more money. It is estimated that the average owner can earn anywhere from $100 to $200 million a season.

Introduction to the NBA (National Basketball Association) and its role as a professional sports league in North America.

The NBA is a professional sports league in North America consisting of 30 teams, each of which represents a different city or region. The league was founded in 1946 and is the premier association for professional basketball players in the world. The NBA is known for its high level of competition, talented players, and exciting games. The league’s teams compete against each other throughout the regular season and playoffs, with the ultimate goal of winning the NBA Championship. In addition to promoting the game of basketball and providing entertainment for fans, the NBA also generates significant revenue through television contracts, sponsorships, and merchandise sales.

Overview of the NBA’s ownership structure, including the role of franchisees and the league’s commissioner.

The NBA is made up of 30 teams, each of which is owned and operated by an individual franchisee. The franchisees are responsible for the day-to-day operations of their teams, including managing budgets, hiring personnel, and setting player salaries. The league operates as a single entity, with the teams sharing revenue and working together to grow the league and promote the game of basketball. The NBA is overseen by a commissioner, who is responsible for making decisions on behalf of the teams and ensuring that the league adheres to its rules and regulations. The commissioner is also responsible for managing the league’s partnerships and relationships with other organizations, such as the WNBA and USA Basketball.

Discussion of the NBA’s revenue sharing model and how it benefits the teams and the league as a whole.

The NBA operates on a revenue sharing model, in which the league’s teams share a portion of their revenue with each other. This means that teams with larger markets and higher revenues, such as the New York Knicks and the Los Angeles Lakers, contribute a larger share of their revenue to the league, while teams with smaller markets and lower revenues, such as the Oklahoma City Thunder and the Milwaukee Bucks, receive a larger share of the revenue from the league. The revenue sharing model is designed to help promote competitive balance among the teams and ensure that all teams have access to the resources they need to succeed. It also helps to grow the league as a whole by providing teams with a financial incentive to invest in their operations and improve the quality of their teams.

Introduction to the WNBA (Women’s National Basketball Association) and its relationship with the NBA as a subsidiary league.

The WNBA and NBA have a close relationship, with the NBA acting as the WNBA’s primary financial backer. In addition, many WNBA teams share arenas and other facilities with NBA teams. The NBA also provides support for the WNBA in areas such as marketing and television broadcasts.

Despite the close relationship between the two leagues, the WNBA operates independently from the NBA. The WNBA has its own commissioner, and the teams are owned by the league rather than by individual franchise owners. The league also has its own rules and regulations, and the WNBA and NBA hold separate drafts to recruit new players.

Overall, the WNBA is an important part of the American basketball landscape, and its relationship with the NBA has helped to raise the profile of women’s basketball in the United States.

What are some other potential NBA subsidiaries; minor league teams, apparel and equipment companies, and digital media platforms?

The NBA does not currently have any subsidiary minor league teams, but it does have a developmental league called the NBA G League. The G League, which was formerly known as the NBA D-League, is a professional basketball league that serves as a training ground for players looking to break into the NBA. The league is composed of 27 teams, all of which are owned and operated by the NBA.

In terms of apparel and equipment companies, the NBA has a licensing agreement with Nike to produce official NBA apparel and merchandise. The league also has partnerships with other companies that produce basketballs, sneakers, and other equipment.

Conclusion summarizing the importance of subsidiaries to the NBA and its efforts to grow and promote the game of basketball in 2023:

Subsidiaries play a key role in the NBA’s efforts to grow and promote the game of basketball. The WNBA, NBA G League, and various apparel and equipment companies all help to support the NBA and its teams, providing additional revenue streams and opportunities for players to develop their skills and compete at a high level.

Furthermore, the NBA’s digital media platforms help to engage and connect with fans around the world, allowing the league to reach a global audience and grow the game on a global scale. By leveraging the power of its subsidiaries, the NBA is able to expand its reach and continue to promote the game of basketball to new audiences.