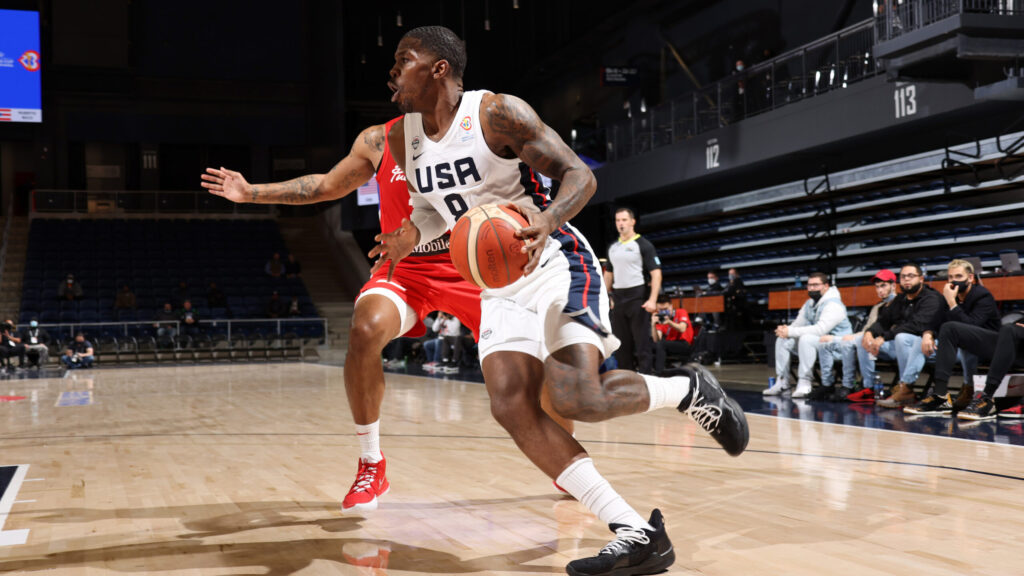 Macedonia has a long-standing basketball tradition. Since their independence in 1991, they competed on five Eurobasket championships and once qualified for the Olympic Tournament. Their most significant success was during the 2011 Eurobasket when they finished third.

Antic was born on July 29, 1982, in Skopje. He stands at 6’ 11” and plays as a power forward and a center. In the NBA he played for the Atlanta Hawks (2013-2015). That made him first Macedonia born player to play in the NBA. He spent most of his career playing for European clubs. Currently, he plays for Red Star Belgrade.

Antic actually fits well in today’s pace and space NBA game, but unfortunately his 3 point shot was not incredibly accurate during his NBA tenure. Had he shot consistently above 40%, then the Macedonian baller would have stayed on an NBA roster. He shot only 31% for his short NBA career.

It can also be said that his messy arrest and lawsuit dealing with the NYPD may have kept teams away, as most NBA teams try to avoid any semblance of drama. This cannot be proven, and of course, had he shot better from 3 he would have found his way onto a roster.

Stack was born on July 24, 1975, in Nashville, Texas. He stood at 6’ 11” and used to play as center/forward. Before NBA, he played for the South Carolina University. He got his NBA break through the 1998 NBA draft when the Cleveland Cavaliers picked him. He was selected in the second round as 48th pick.

After two years with the Cavaliers, and not enough time on the court he moved to Europe. There he played for teams in Spain, Greece, Israel, and Ukraine. During his time in Greece, he was offered Macedonian citizenship and in return to play for their national team. Stack accepted the citizenship of Macedonia. That meant he could play in Europe as a European. At that time the Greek league allowed only two non-Europeans. With his Macedonian citizenship, he opened a spot for a new nation-European player on the roster.

Washington was born on December 6, 1985, in Winter Park, Florida. He is 6 ft. tall and plays at the position of point guard/shooting guard. During his college days, he played for the University of Memphis. He played only one season in the NBA for the San Antonio Spurs. The rest of his career he spent with European clubs in countries such as Greece, Turkey, Czech Republic and Italy. Currently, he is playing in the second Greek league for the team of Iraklis Thessaloniki. He got his Macedonian citizenship the same way as Ryan Stack did. In return, he played for the Macedonian national basketball team.

Right now there are no immediate additional NBA players expected to come from Macedonia, but hopefully in the future we will see some blue chip NCAA or NBA prospects coming from Macedonia.