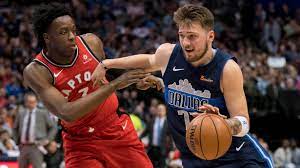 Basketball’s popularity in Austria is not even close as to those of winter sports. Their national basketball consists of experienced players that play in clubs all over Europe and one in the NBA. However, that doesn’t help them much as they haven’t qualified for a FIBA EuroBasket since 1971. At the moment, according to FIBA ranking, they are 56th in the world.

Jakob was born on October 15, 1995, in Austria. Today he stands at 7’ and plays as a center for the San Antonio Spurs. He started his basketball career in the Austrian Bundesliga playing for the Arkadia Traiskirchen Lions. He was unknown to Europe until a scout saw him playing in the FIBA Europe Under 18 Championship. As a result, he was picked to play for Utah College University. After four seasons of college basketball, he signed up for the 2016 NBA draft. There he was selected as 9th pick by the Toronto Raptors. That way he became the first ever Austrian in the NBA. During the 2017-2018 season, he was the only Raptor to have played in each of the 82 regular season games.

He stayed with the Raptors until 2018 when he was part of a trade that sent him to the San Antonio Spurs. Poltl’s inclusion in the trade for Kawhi Leonard was interesting, as he was not viewed as one of Toronto’s blue chip prospects, though the NBA community has no doubt that Coach Popovich will maximize his talents.