NBA Players from Antigua and Barbuda 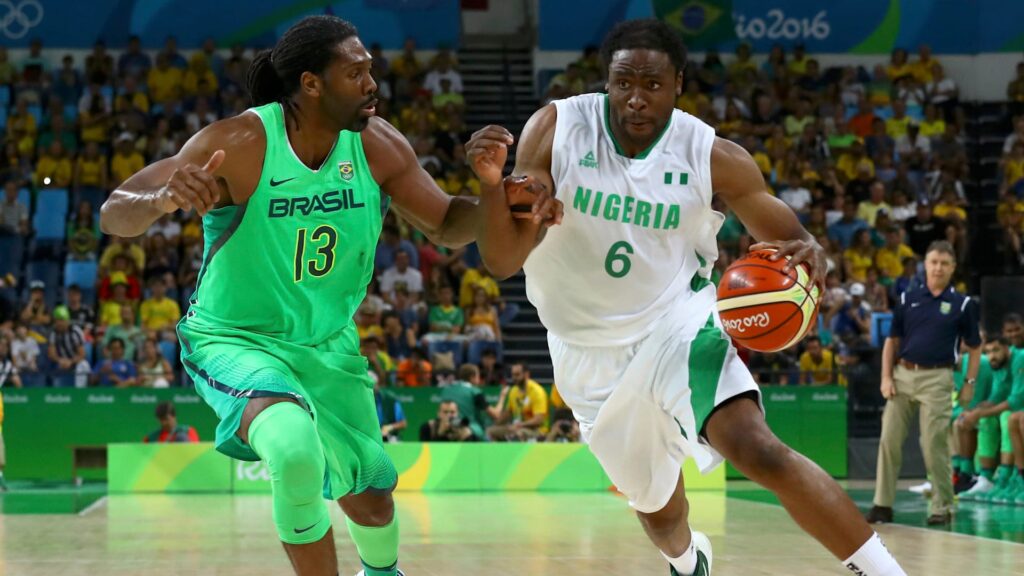 Julius Melvin Hodge was born in Harlem, New York on November 18th 1983, but this professional NBA athlete lived in Antigua most of his life, and descends from U. S. Virgin Island citizens. He went to North Carolina State University where he played for four years, and was chosen Atlantic Coast Conferences’ Player of the Year for the 2003-04 season after he led NCSU’s team up to the Sweet 16 round of NCAA’s tournament.

After finishing his college career, the Denver Nuggets chose him in the 2005 NBA Draft, where he was awarded number 20 in the first draft round. Then he performed on the 2005-06 season during 14 games, where he scored for the Nuggets an average of 0.9 points in 2.4 minutes.

The first game in his NBA career was on January 5th 2007 against the Los Angeles Lakers. After only six days he was part of a trade with the Milwaukee Bucks, and on February 7th of that year they also let him go. The Seattle Supersonics’ summer league team picked him up for the rest of that season.

Hodge went international, signing on August 10th 2007 with the team Cimberio Varese in Italy, and later in the season he changed to another Series A team in Italy called Legea Scafati.

Due to some problems he had in Italy to get the club managers to pay his salary, he went to Australia and on December 21st 2007 he became part of the Adelaide 36ers, replacing Mike Chappell.

He stayed in Australia for several years after that, except in the summer of 2009 where he participated in a Chicago Bulls training camp, but wasn’t picked up for the final roster. Then in November of the same year the Melbourne Tigers signed him to replace Chris Anstey.

After playing for several teams in countries like Venezuela, Iran, China, Vietnam and France, he returned to the USA and on May 18th 2015 he was appointed by Buffalo Bulls’ head coach Nate Oats to be the Director of Player Development of the State University of New York at Buffalo.

Why didn’t Julius Hodge make it in the NBA?

He was skinny, and his shot was not automatic. His handle was fun and flashy, but not fundamental.

In terms of decision making, here is a since-deleted Tweet that he wrote, which he probably regrets:

Julius Hodge: “I remember purposefully sabotaging my Denver Nuggets pre-draft workout because I did not want to play for Karl. Had worst workout of my life”

You can read more about Julius Hodge’s fatal decision here on Reddit.