Former & Active NBA Players from Bosnia and Herzegovina in 2019 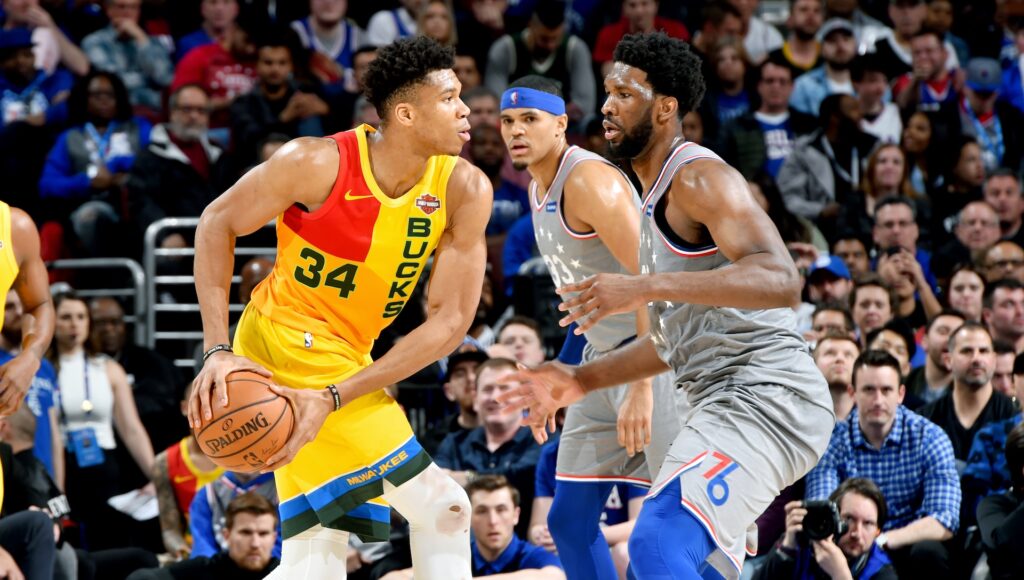 Bosnia and Herzegovina is becoming a bigger and bigger NBA talent origin, with the muscular phenom Jusuf Nurkic leading the way. And of course, Nurkic won’t be the last productive player from Bosnia – there are 10 up and coming players who you can check out on this list. Read below to learn more about other former and active NBA players that originated from Bosnia and Herzegovina.

NBA Players from Bosnia and Herzegovina in 2018

Jusuf Nurkić is a Bosnian professional basketball player born on August 23rd 1994, and he is 7’0” feet tall and weights 280 pounds. In February 2012 he performed remarkably well during the Nike International Junior Tournament in Belgrade, scoring an average of 18.8 points and 11 rebounds during 5 games. He participated there as a loan from his team Cedevita to Union Olimpija. Also in 2012 he represented Bosnia and Herzegovina during the FIBA Europe Under-18 Championship Division B, and in this tournament he was awarded Most Valuable Player.

The Chicago Bulls picked him up on the NBA Draft in June 26th 2014, himself being the 16th on the list. The Denver Nuggets enlisted him from a trade and he was part of the team until February 2017, when he was traded again in exchange for Mason Plumlee to the Portland Trail Blazers. During 2017 Nurkić also played with the Bosnian and Herzegovina national team on the Eurobasket 2017 meeting, where he tallied a total of 19.2 points, 13.5 rebounds and 1.0 blocks per game.

Ernest Lenell “J. R.” Bremer is a 6’2” feet tall professional basketball player born in the USA on September 19th 1980, and a naturalized Bosnian citizen. A point guard player and a 3-point shooter, in 2002 he began his NBA career with the Boston Celtics as an undrafted player, a season that saw him entering the NBA All-Rookie Second Team. Bremer stayed with the Celtics during the 2002-03 season, then moved to the Cleveland Cavaliers and also the Golden State Warriors for the 2003-04 season, and during that time in America he averaged 6.5 points and 2.2 assists per game. The Charlotte Bobcats briefly selected him at the end of the 2003-04 season, but he was waived and became part of Unicaja Málaga in Spain. During his career in Europe he has also reinforced the Bosnia and Herzegovina national basketball selection and his latest engagement has been with the Limoges CSP of the Ligue Nationale de Basket in France.

Mirza Teletović is a professional basketball player from Bosnia, born on September 17th 1985 and measuring 6’9” feet tall, he is specialized as a power forward player. Teletović is a survivor from the Bosnian War in the 1990s, and he went through 18 months of siege on Mostar, his hometown. He began his professional basketball career in Bosnia, as part of the Sloboda Tuzla club during the 2002-03 Bosnia and Herzegovina’s Basketball Championship. Then in 2004 the Telindus Oostende from Belgium signed him and he played there for the next two years. Spain was his next destination, where he became part of the Saski Baskonia club in 2006, where he earned the Asociación de Clubs de Baloncesto’s Rising Star Award in 2008, and in 2009 he was awarded Most Valuable Player during the Copa del Rey de Baloncesto tournament held in Madrid.

During all his professional career he has also represented Bosnia and Herzegovina on international competitions, particularly during the EuroBasket tournament in 2003, 2005, 2011 and 2013. His team finished number 17 out of 24 competitors in EuroBasket 2011, but he got 13.8 points and 5.8 rebounds per game on his personal stats that year.

His NBA career began on July 16th 2012, when the Brooklyn Nets extended him a contract for three years. Then in 2015 the Phoenix Suns offered him $5.5 millions for a one-year contract. On July 8th 2016 the Milwaukee Bucks signed him and he currently remains in their roster.

Aleksandar Radojević is a retired professional basketball player and one of the tallest ever in the NBA, towering 7’3” feet, specialized in playing the center position. He was born on August 8th 1976.

His first season in the NBA was 1999-2000 playing for the Toronto Raptors, and he suffered an injury at his third game in the season and could not play for the rest of it. Over those three games he averaged 2.3 points and 2.7 rebounds. The Raptors traded him to the Denver Nuggets on January 12th 2001, but he could not play there due to his injuries. On October 22nd 2001 the Nuggets again traded him along with Kevin Willis to the Milwaukee Bucks, but unfortunately he sat down for two months without seeing any playing time, and was finally waived.

Then he played from 2002 to 2004 in several European teams, before having a brief return to the NBA on the 2004-05 season, playing twelve games with the Utah Jazz.

Returning to Europe, Radojević was part of the Bosnia and Herzegovina national team on the 2005 Eurobasket tournament and then he signed with Poland’s Prokom Trefl Sopot, then Greece’s Olympia Larissa on the season of 2005-06, and later Cyprus’s APOEL Nicosia, and Keravnos Keo Nicosia teams.

Ratko Varda is a professional basketball player born in the former Yugoslavia on May 6th 1979, who measures 7’0” in height and plays center position. He began his career playing as part of the Yugoslavian national team and also the Bosnia and Herzegovina national basketball team. On the season of 2001-02 He became part of NBA’s Detroit Pistons and also the Washington Wizards, participating only in one game for six minute, during which he scored five points for the Pistons.

Varda went to play in Europe from January 2003 on, where he joined the Slovenian team Union Olimpija for the 2002-03 season. Then in Greece he joined the Apollon Patras during the 2003-04 season. For the 2004-05 season he became part of the Turkish team Beşiktaş. As of 2017 he is one of the players in the Second Division of the Adriatic Basketball League’s Dynamic team in Serbia.