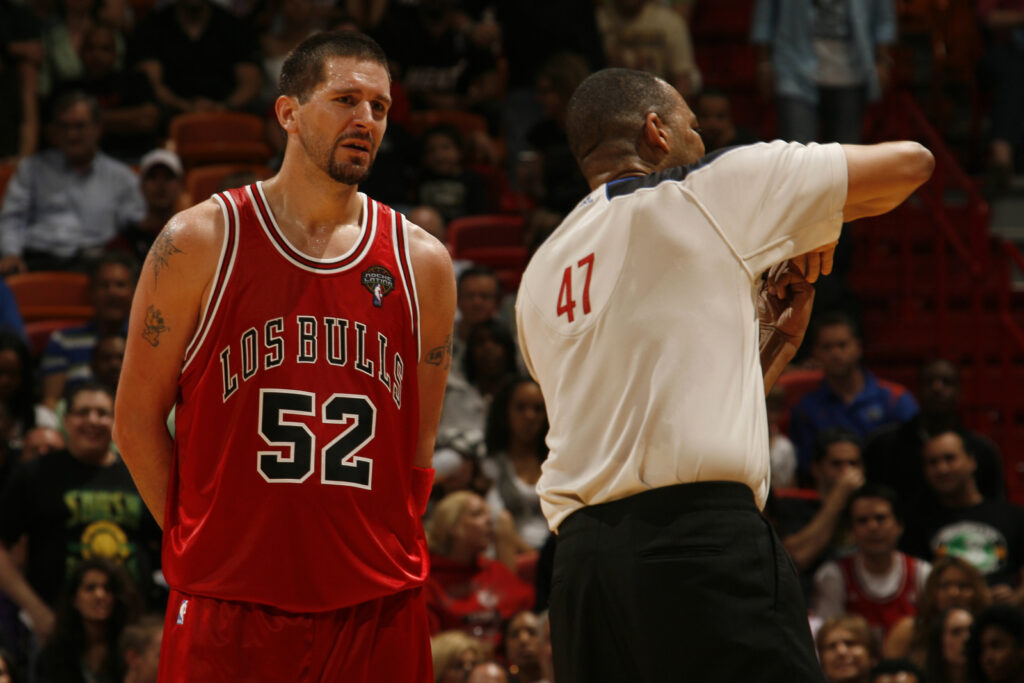 For a country with under one million residents, Montengegro has an impressive number of NBA players out there. Montenegro played three times at FIBA EuroBasket (2011, 2013, 2017). Among the other competitions, as a country with less than million inhabitants, Montenegro participated at the Games of the Small States of Europe 2015 and won first place.

He is now a retired NBA basketball player. Žarko played as one of the most powerful forwards at his time of his career. Žarko was born on 21st May 1981; his career lasted for 12 years from 1997 to 2009. His jersey number varied from 6,11 and 15 and played at the position of a power forward. He represented Beopetrol, Budućnost Podgorica, Pheonix Suns and Golden State Warriors throughout his career.

Born on 28th January 1982, Omar is an NBA basketball player. He started his career as a basketball player in the year 2001 and is still seem to go strong. Over his career years, he has represented Fayetteville Patriots, Portland Trail Blazers, Toronto Raptors, Dexia Mons-Hainaut, Samara, Strasbourg IG, Crvena Zvezda, Unicaja Malaga, Valencia, Olympia Milano, Caja Laboral, Lietuvos Rytas, Budućnost Podgorica and Estudiantes. He plays in the position of a Point Guard.

Born on 27th October 1975, is a strong NBA basketball player plays in the position of power forward or center. He is an ex-basketball player who played basketball throughout the years starting from 1992 to 2011. Throughout his entire career, he represented Partizan, Efes Pilsen, Seattle Supersonics, Los Angeles Clippers, Atlanta Hawks, Tau Ceramica, Akasvayu Girona, Besiktas Cola Turka, PAOK, and Iraklis. He also won the Spanish Cup and the Turkish Cup.

Born on 3rd January 1981, he started his career as an NBA basketball player in the year 2003 and still holds strong in his present days. He is known to play in the position of center. In his career, he represented many teams, likely, which are Atlas, Avala Ada, Partizan, Panathinaikos, Minnesota Timberwolves. He currently plays for Partizan. He is also known to be won the under 20 European championships.

Born on 30th January 1983, he started his career as an NBA basketball player in the year 1997 and is still holding strong. He plays in the position of a center. Till date, in his entire career, he represented FMP Zeleznik, Tofas, Efes Pilsen, Buducnost Podgorica, Portland Trail Blazers, Crvena Zvezda, Partizan Belgrade, UNICS Kazan, Petrochimi Bandar Imam, Metalac Valjevo, Zob Ahan Isfahan, Ayandez Sazan Tehran. He is also known to be one of the tallest players in the world.

Born on 20th October 1990, he plays as an NBA basketball player in the position of center and plays in the NBA league. He is a recent upcoming player who started his career in the year 2011. Still, he is holding strong in his 6th year of the career. In these 6 years, he represented Buducnost Podgorica, Philadelphia 76ers, and Orlando Magic.

Mirotic has had the most colorful NBA career out of all players from Montenengro. He joined the Bulls and was an immediate offensive weapon. Then he got punched in the face by Bobby Portis and broke his orbital bones, and was out for a few months. He came back to a tanking Bulls team, and played the best basketball of his life, so much so that the tanking Bulls had to trade him in order to get worse! He was dealt to the New Orleans Pelicans in return for a draft pick.