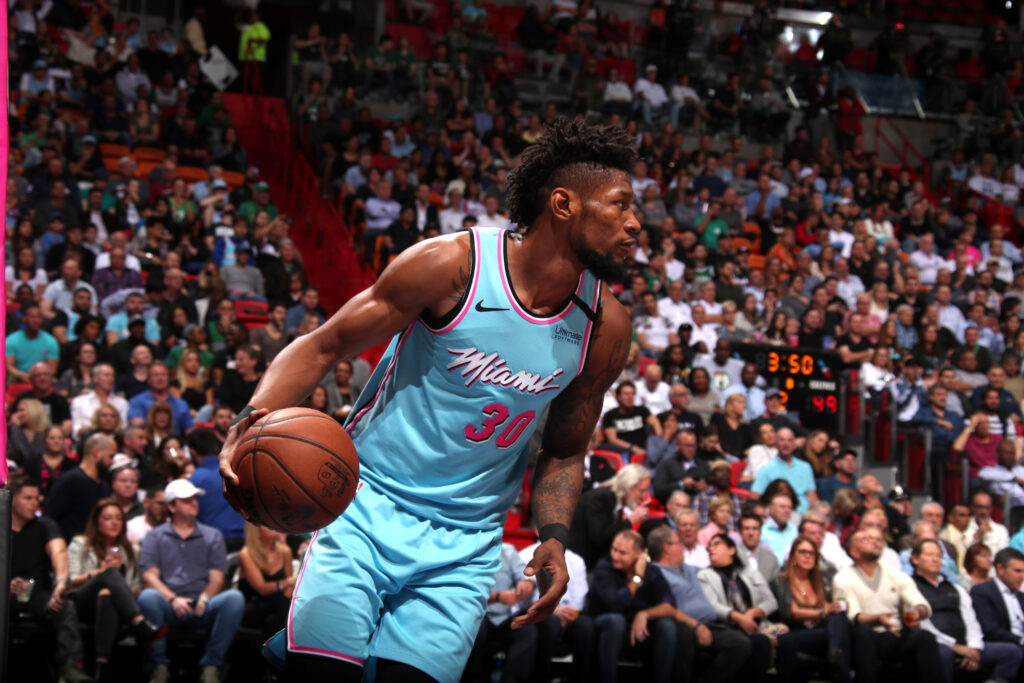 Guyana has produced 2 NBA players so far, which we discuss below. As for the national team, the Guyana national basketball team represents Guyana in international competitions. It is governed by the Guyana Amateur Basketball Federation (GABF). Its main accomplishment was the silver medal at the 1994 Caribbean Basketball Championship.

Born in February 1982, Marshall stands at 6’7″. He weighs 190 pounds and is a Guyanese American. As a professional basketball player, he recently played in the Iranian Super League for Shahrdari Gorgan.

Marshall attended Ball State University for one year but completed his degree from Oakland University. He was awarded the titles Defensive Player of the Year and Newcomer of the Year in his sophomore year. As a senior, he led Oakland to victory in the Mid-Continent Conference.

In his NBA career, he played for a short time with the Pacers and the Mavs. In mid-2011, he committed to playing in Kazakhstan with BC Astana. Two years later, he went with Asesoft Ploiești. In December 2014, he started playing for Greece in the team Koroivos Amaliadas.

Born in August 1975, this basketball player came from Georgetown, Guyana, to Maryland when he was 5 and enrolled at Montgomery Blair High School, where he played with Steve Francis, the to-be All-Star. He later attended Montgomery College and George Mason University.

While he did not get drafted into the NBA, the Charlotte Hornets signed him on in 1999 anyway. This made him the pioneer in Guyanese NBA players. However, he only got through one game and was waived.