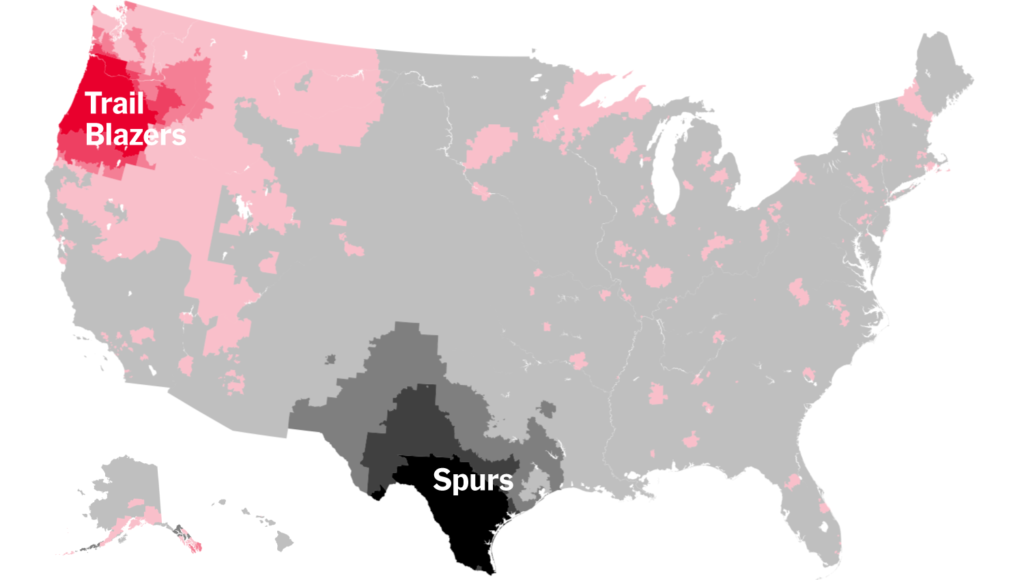 The NBA map in the United States is quite interesting: As you can see below the most popular areas for NBA franchises are East Cost as well as coastal. There is certainly a dearth of NBA teams in cities in the midwest and rustbelt.

A common question which relates to the overall NBA map is why are there so many coastal teams? How come so few teams in middle America, yet the coast is packed with NBA franchises?

An obvious reason is economics. Cities on the American coast are simply more densely populated, therefore there exists more of a market for an NBA franchise to exist. And for an NBA team to exist, they need to be able to consistently sell tickets to games, as well as profit off of TV rights, commercials and advertisements.

What’s funny is that even the one non-USA NBA team, the Toronto Raptors, are literally on the border of America, and is extremely close to some NBA teams in the East Cost in terms of physical proximity.