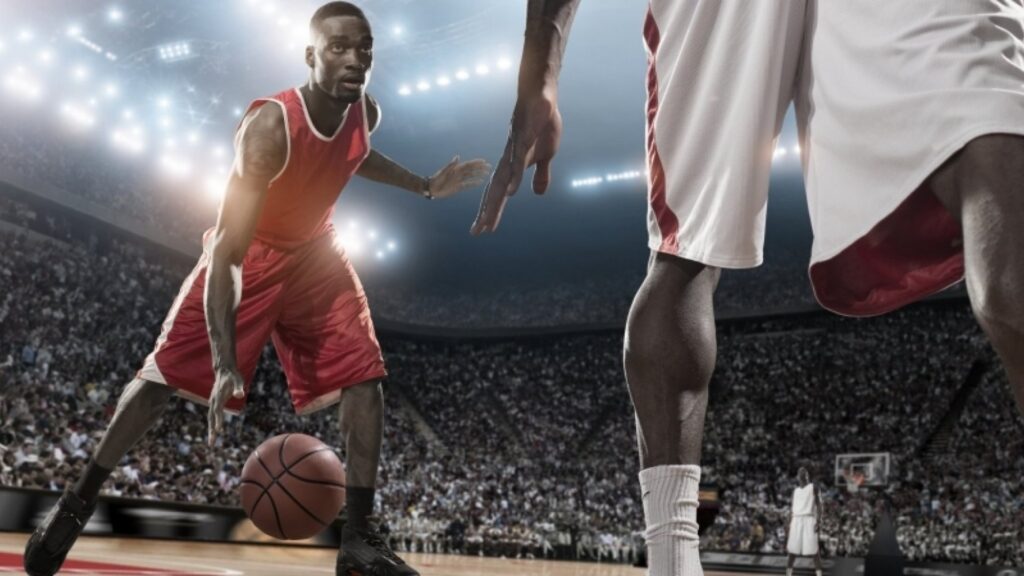 Are you a hardcore NBA fan? If so, you have probably found yourself wondering what it is like to be a professional basketball player and learn cool basketball moves to make you like your player. You may have even gone so far as to mimic your favorite players.

There is nothing wrong with wanting to have the same qualities as the NBA players. One of the best ways to mimic the pros is by doing to the “moves”. So long as you don’t mimic the illegal move known as palming the basketball!

The moves are the actions utilized by basketball players. Some of the greatest moves in basketball have earned players notoriety.

Below, you will discover a list of five great basketball moves that you can easily learn:

Dribbling is just a natural part of basketball. To get the ball from point A to B, the player has to dribble the ball up and down the court. There are various types of dribble with the crossover being at the top of the list. The crossover can be utilized by players to help keep control of the basketball. The crossover is unique because it utilizes both the right and left hand, instead of a single hand like basic dribbling.

Running down the court, the player bounces the basketball in front of them, switching from the right hand to the left along the way. The crossover works great to fend off defenders trying to gain control of the ball.

Dribble – Through The Legs

As mentioned above, dribbles are just a natural part of basketball. With that said, some of these moves work better for some players than others. Through the legs is a type of dribble that is similar to the crossover. The main difference between the moves is where the player holds the basketball. Instead of the ball being positioned directly in front of the player like in the crossover, the ball is positioned between the player’s legs.

Dribble – Behind The Back

Behind the back is a type of dribble is similar to through the legs and the crossover. The big difference is the player places the ball behind his back to prevent the defender from snatching it away. When the player puts the basketball behind his back, he will utilize the opposite hand to make the switch. This is a great way to confuse defenders.

The in-and-out dribble is a great way to trick defenders. In fact, it is so effective that all of the NBA players rely on it to maintain control of the ball. Like the crossover, the in-and-out fends off defenders. To perform the move, you follow the actions of the crossover, but you also must pretend to utilize your head or shoulder to fend off the defender.

The hesitation is a popular move utilized by players when trying to create shots for teammates. To execute the hesitation, the player speedily dribbles down the court, taking split-second slow-downs before speeding past the defenders.