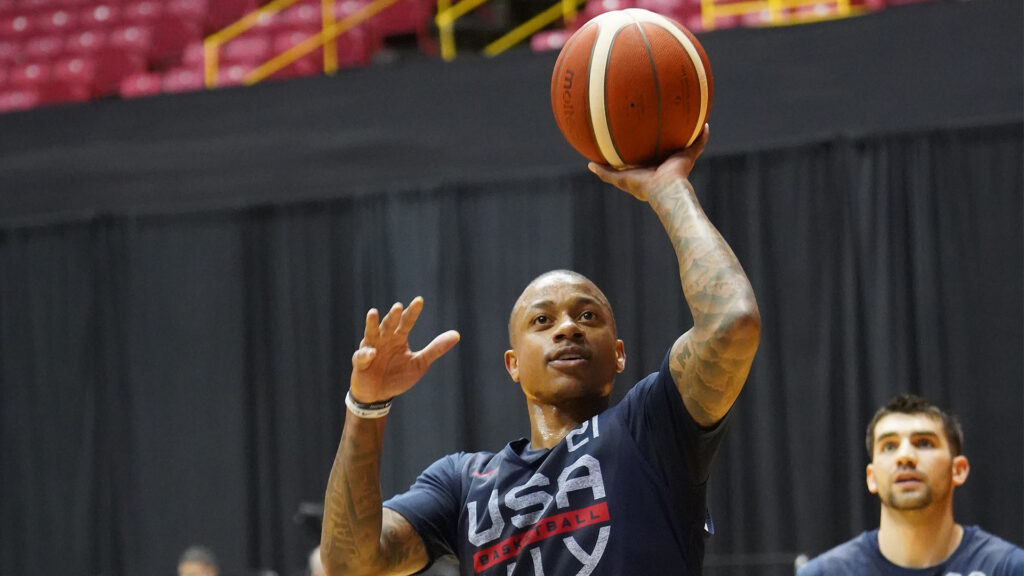 Noel Felix was born in Los Angeles, California on October 4th 1981 and grew up to be a 6’9” and 225 lb. professional basketball player. He started his career in college playing forward-center for the Fresno State University. Then he joined the Yakima Sun Kings and became Continental Basket Association’s Player of the Year for the 2004-05 season.

On March 2nd 2006 he started a 10-day contract with the Seattle Sonics and then he was signed to play for the rest of the season. He scored an average of 1.5 points per game during the 12 games he participated in. After the Sonics let him go he began playing in Israel for the Maccabi Tel Aviv teams, with a two-year contract.

Back in the USA, Felix joined the Anaheim Arsenal of the NBA Development League and played on the 2007-08 season, and on December 2007 he returned to Israel to play with Hapoel Jerusalem team.

Returning again to the USA in 2010 he played with the Springfield Armor and the Maine Red Claws, both of which belong to the NBA Development League.

After that he went to Asia in 2011 and was signed by the Dacin Tigers from Taiwan’s Super Basketball League.

Marlon “Money G” Garnett is a former professional basketball player from American and Belizean heritage, born in July 3rd 1975. His career began playing in college for the Broncos of Santa Clara University, where he won Player of the Year in the 1997 West Coast Conference.

The Boston Celtics signed him as an undrafted player in February 1999, and he participated in 24 games with a score of 51 points, 21 rebounds and 18 assists. Then he began a successful international career, playing for several teams in Spain, Italy and Croatia. As of 2018 Garnett works as assistant coach for the Phoenix Suns.

Milton Palacio was born in Los Angeles, California on February 7th 1978 to Belizean parents, and from 1999 to 2006 he scored a career total of 4.8 points per game playing professionally for several NBA teams including the Vancouver Grizzlies, Boston Celtics, Phoenix Suns, Cleveland Cavaliers, Toronto Raptors and the Utah Jazz.

He departed for Spain in August 2011, signing with the Blu:sens Monbús for one year. After that he transferred to Puerto Rico, where in the summer of 2012 he played with Piratas de Quebradillas team. He became part of the Bnei HaSharon team in Israel on the 2012-13 season, and then went on to play with Lietuvos rytas in Lithuania.

From 2013 on, Palacio became director of player development at the University of Idaho.