What Position Should I Play in Basketball? 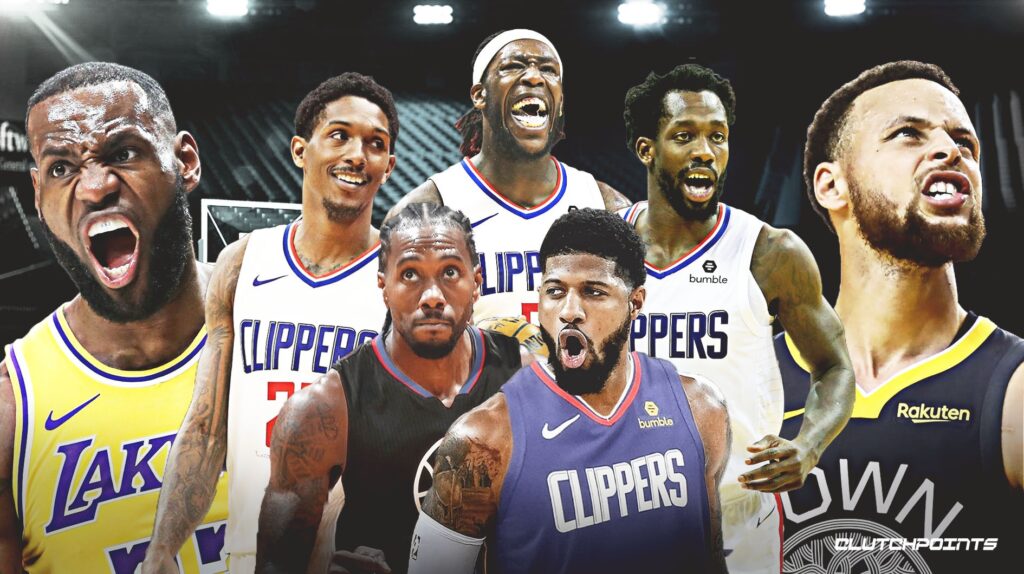 So, you’ve already learned all about your skills and weaknesses, and you’re ready to answer the million-dollar question; which position should you choose as a basketball player?

Short answer? It depends. That’s why we decided to break down every position in the court. That way, you’ll be able to pick what better suits your skills and qualities. Keep in mind that basketball is an ever-evolving game. Nothing is set on the stone in this sport, so be prepared to adjust your skills and abilities according to how your position changes. Nevertheless, some fundamentals never change, so we’ll focus on those in our roundup.

Now that we got that out of the way, let’s cut to the chase, shall we?

Which NBA Basketball Position is Best for You?

Five positions rule the basketball court, which are the point guard, shooting guard, center,, small forward, and power forward positions, each of which requires a specific skill set and demand certain role and ability from the player.

As a point guard player, you’ll be expected to take care of several roles and focus on certain things. Even if you have other strong skills and abilities, you’ll need to forget about them and focus on what’s necessary.

Because you’re the coach’s right hand on the court. While the coach takes care of the out-game matters, such as the team creation process, the strategy, and the philosophy, you’ll be required to take the matter into your own hands in-game.

To be an excellent point guard, you need to be able to talk, shout, and even scream on your teammates during the game. You need to be vocal and voice your strategy on everyone else; otherwise, no one’s going to listen. If you don’t trust your ability to talk whenever it’s necessary, maybe you’re better off taking another position.

That being said, communication won’t make for nothing if you’re not there to communicate, and for that, you’ll need to move, A LOT. Remember, you’re the head of the team on the floor. You need to strategize as you go and move around as much as possible to get your directions across wherever they’re needed. Of course, with movement comes to speed, so you also need to move fast.

To round up, communication, movement, and speed. If you have those skills and abilities within your skillset, you’re qualified for the PG position.

As a shooting guard, your primary goal (pun intended) is to score for the team, regardless of your location on the court. You need to shoot the ball as good as possible no matter where’s you’re located.

The question is; what makes for a good goal scorer?

Two things: strength and size. The moment the other teams know that you’re the shooting guard, you become the primary target of their defense. To overcome that, you need to be able to fight your way through stronger and bigger players.

Another skill that you need to master to become a Shooting Guard is ball handling. You need to participate actively in team rebounding and other critical moments of the game, as you’ll get your fair share of ball handling time, just like the point guard.

Of course, with ball handling come shooting percentages. You must produce shooting percentages all across the battlefield, including three-pointers and mid-range shots as well as scoring in the paint under heavy contact. Spot up shooting must be turned into buckets on a regular basis as well.

Since basketball is ever evolving, there’s a new middle ground position – known as the combo guard – that combines the skills of both the shooting guard and point guard positions. Combo guards are generally more skilled and better at handling the ball.

Taller shooting guards, on the other hand, lean towards the skills of small forwards. Such players are known as swingmen, and they can switch between the two positions with ease.

To round up, the shooting guard position requires strength, size, effective ball handling, and reasonable decision-making process even under pressure. Do you have it in you to become a shooting guard?

The center is, well, the center. It’s the ideal position for tall players, strong dudes, and those capable of blocking shots, grabbing rebounds, and scoring in the paint with ease. If those characteristics are within your skill set, the center is waiting for you!

If point guards are the ones responsible for the strategic aspect of the game, centers are the ones that dominate the physical part. If you choose the center position,  it means that you’re the tallest, strongest player in the team. In other words, you need to protect the paint and take care of the defense. Additionally, you need to fight for offensive rebounds, which lead to new scoring chances and opportunities.

Unlike other positions, speed and quickness aren’t as important to centers, as your movement will be limited to setting pick&rolls for smaller guys in the center. Those milk cups you gauged as a kid will finally pay off!

Again, strength is critical here, so be prepared for some serious physical game. Centers play under heavy contact. Sometimes, you’ll need to wrestle with your opponent for the position. Literally. If that’s something that you want to avoid when playing basketball, the center is not for you.

One catch to the center position: centers will face the opposite direction of the basket most of the time. (are you starting to regret that milk yet?)

Nevertheless, the center is still a great position, and it can hook you up with a lot of fun and a bunch of spectacular moments during your career. Just take a look at DeAndre Jordan’s performance, and the perks will be obvious.

To round up, if you’re the strongest, tallest dude in the team and you’re willing to go all physical, you may want to consider getting into the center position.

Small forwards are the most versatile players on the team. They play all around the court, making them an integral part.
On the one hand, as a small forward, you need to be comfortable with rebounding and protecting the paint, as well as knocking down three-pointers from the perimeter or the corner.

On the other hand, you must be able to defend and guard every position except centers. For that, a long, athletic body is essential.

To sum it up, to be a good small forward, you need to set screens for your shooters and point guards while being ready to switch to rebounding and running in transition. Mr. all-in-one much?

While the name “small forward” may indicate that the position is not as important as the others, it’s actually one that many great names held, ones that revolutionized the position and how we look at it. Those names include Lebron James, Kawhi Leonard, and Kevin Durant. Those are players that show fantastic ball handling skills and have the ability to create strong opportunities for all of their teammates all while being active on the boards and able to block shots and defend the basket fiercely.

Thanks to their ability to keep the ball longer than other players, the aforementioned players crafted a new position for themselves, one that combines the small forward and point guard positions, which is known as the point forward position.

To round up, versatility is key for small forwards. Are you willing to take different roles to be among the greats?

Defining the power forward post is not as easy as doing so with the other positions, as it’s ever changing and evolving.
Throughout the years, the definition of the PF position included a great number of characteristics and requirements. In the following paragraphs, we’ll try to break down what you need in your skillset to become a successful power forward.

First, you need a balance between strength and speed. As a power forward, you must be strong enough to guard other players in the post, while being speed and mobile enough to challenge attackers from the perimeter.

Also, as a power forward, you need to

To be clear, there is no exact skill set that defines the power forward post. The position is too versatile for that. Today, there are two variants of the power position.

On the one hand, there are the classic power forwards, such as Karl Malone and Tim Duncan, who are strong players that are more comfortable close to the basket and in the mid-range area. Traditional power forwards share many characteristics with centers, and they can switch between the two positions seamlessly.

On the other hand, there are the modern power forwards, also known as “stretch fours”, such as Draymond Green. Such players spend a lot of time on the perimeter as three-point shooting is required if you want to be a good stretch four.

To round up, the power forward position is for the second taller players on the team, and it requires versatility, strength, and mobility.

As a basketball player, your position will be one of your main characteristics, that’s why it’s essential to find what better suits your skills, cover your weak points, and highlights your advantages on the court.

To make a wise choice, you need to practice every aspect of the game until you find the position that makes you feel comfortable.
After choosing your position, make sure to study the best players that play in it. Discover what makes them so good at what they do, and what’s stopping them from becoming even better.

Good luck in choosing your position, and remember, it’s all about the fun!