NBA Top Shot – NBA Digital Collectibles: The Ultimate Guide for 2021 & Why It Became So Popular 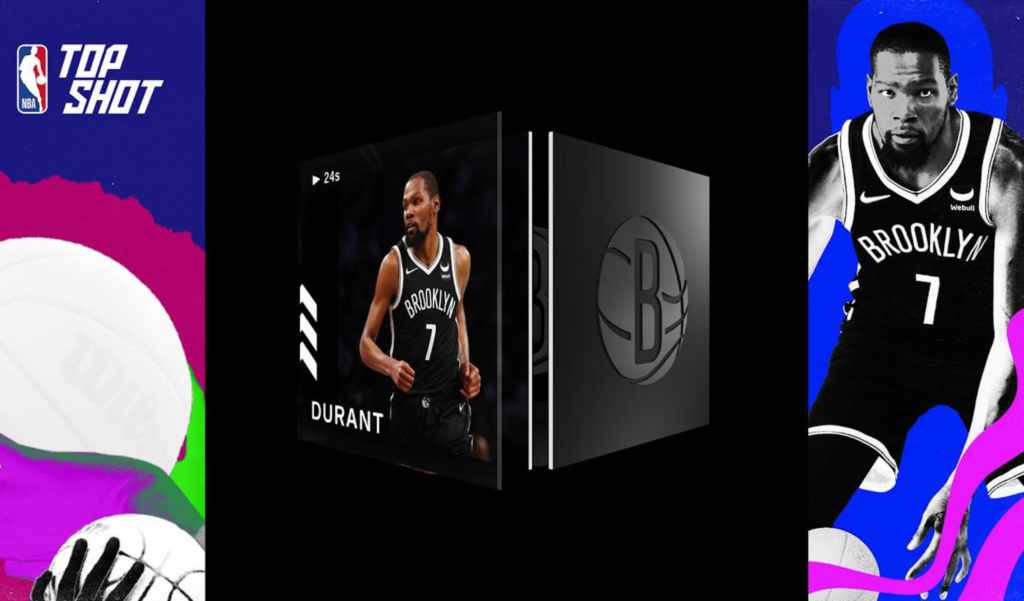 The world of digital investing takes its shot with the new NBA craze. NBA digital collectibles like the NBA Top Shot introduce a fresh take on virtual sports cards, highlighting intense scenes through a video feature. Fans of the most famous NBA players such as LeBron James and Stephen Curry are drawn to 3-pointers, dunks, and other court stunts displayed in a life-like experience.

As of February 24, 2021, the official Top Shot site has garnered over 100,000 purchasing users and 350,000 active users. The mind-blowing news, however, doesn’t stop there. All in all, NBA digital cards under the NBA Top Shot bagged more than $37 million in sales within a 24-hour time frame.

Relieve your itch for more details through this comprehensive discussion as we dive inside the realm of this newly introduced NBA digital collectible.

What Exactly is NBA Top Shot and Why is it So Popular?

Launched by a Vancouver-based blockchain company, Dapper Labs, Top Shot is the hottest talk-of-the-town online company supported by NBA. It has just entered the game of digital investing, yet it has already brought thousands of users at the peak of their interest. This is because NBA Top Shot lets users purchase a collection of digital basketball highlights and showcase or contest such collectibles to others.

NBA Moments is the distinctive term used for the highlights mentioned. To get a hold of such a collection, users need to spend actual money and purchase them through a marketplace or digital packs composed of random digital assortments. The moments are classified according to how artificially scarce they are based on and their designated rarity.

As a side note – MLB has had digital trading cards via Topps for a few years now but no one seemed to care, ie their cards didn’t have much value. That’s because they were not on the blockchain, the way NBA digital cards are. The blockchain and NFT aspect was the game changer for the NBA over the MLB digital cards.

Is NBA Top Shot Legit? Is it a Scam?

Users can guarantee legitimate deals with Top Shot because all of their digital collectibles are licensed by the National Basketball Association. To develop a digital investment on an NBA Top Shot, the partnership is solidified through the reputations that the two companies carry. Dapper Labs is an expert in blockchains, while the National Basketball Association is considered the greatest men’s professional basketball league in the world.

NFT (non-fungible tokens) and blockchain concepts can be confusing for some newbies, but with the right research and scope reading, you can easily steer away from scams imitating or replicating the system of NBA Top Shot. Any investments made for intangible highlights or moments are licensed and run by the NBA group.

You can purchase a glimpse of your favorite star player and their best moves just by transacting on the official site of Top Shot. This simple gesture to reach fans online is indeed a smart and win-win situation for both users and Dapper Labs.

For as low as $9, you’ll already have the NBA Moments you’d want to keep or display in your own space. Hence, NBA Top Shot opens the door to a whole new digital frontier.

How Does NBA Top Shot Work?

NBA Top Shot simply makes the deal by cutting highlights from the NBA. Dapper Labs then will decide which videos and how many of them are to be put in the online market using an official NBA Top Shot site. Just like regular trading cards, the highlights will be placed in digital packs.

When the packs are ready to be sold, the users can check out the listings with prices that range from $9 to $230. Prices can change frequently as each pack is priced according to these factors:

After purchasing a pack, users can get the highlights encrypted and resell it in the NBA Top Shot marketplace or secure it in a highlight wallet to showcase to other fans and friends.

NBA Top Shot opens registrations for all users once a new drop is ready for purchase. The Premium Pack drop is one of the latest drops that is usually scheduled at 9:00 AM PST (10:30 PM IST). But recently, the site adopted a new schedule and changed the pack drop time to noon, PST.

They encourage every user to register and purchase as early as they can to get the rarest Moments. This pack is mostly the first of its type to sell out online. Trae Young, Ja Morant, and Anthony Davis are the star players that will likely be included in the rare moments section.

NBA Top Shot indicated an official proprietary marketplace where users can buy and resell moments. The company prefers and encourages users to proceed with selling and purchasing transactions to oversee the proper practices. These packs are carrying the name of two companies — Dapper Labs and NBA. And whatever anomalies or fraud could happen between resellers and buyers still bounces back to the head groups.

Aside from safe and secure purchases, NBA Top Shots would like to make your buying experience more fun and easy as they present updates about the cards you just sold or bought. You don’t have to browse a long list just to check out a pack.

Here are the various tiers to help you get started with your Top Shot experience:

With a starting price of $22, users can already purchase moments coming from Rare packs. Top Shot provides customers with one rare moment and seven common moments. This kind of pack is the most purchased as it targets newbies and mid-level buyers.

Common packs contain 1,000 digital copies for only $9 per nine moments. These packs involve a lot of highlights that may not be that exclusive, yet are worth space in your NBA moments collection.

For users who want to purchase more exclusive finds, Top Shot offers Platinum Ultimate, containing 3 digital copies. However, this pack is only available through auction arrangements.

After getting those Platinum Ultimate copies, you may also watch out for an upcoming auction as Genesis Ultimate would be a great addition to your collection with its 1 digital copy.

Buying NBA digital collectibles like moments is just similar to purchasing items in a physical store. There is a reserved slot in a digital line for each user so one could click on the link and proceed with the purchase.

If you are new to the Top Shot community, it would be better to familiarize yourself with the purchase process and figure out the moments you’d likely buy to get more connected as you enter the world of blockchain and cryptocurrency technology. You’ll get there soon enough if you take these learnings slowly.

What is the Future of NBA Top Shot?

Being a user platform that offers a new way of collecting valuables from the NBA scene, the NBA Top shot is foreseen as the new digital frontier with a high focus on the sports card industry.

Any NBA fan can make use of and enjoy the benefits of the platform — whether as a buyer or a reseller. The digital investment scheme through NBA Top Shots is just getting started and sooner or later, competitors will rise to the surface. As for now, Dapper Labs and NBA are working hand in hand to come to play with the ongoing demand.

For more NBA fun, check out our awesome NBA quiz and see if you are a real NBA expert!