NBA Players from Cameroon in 2019 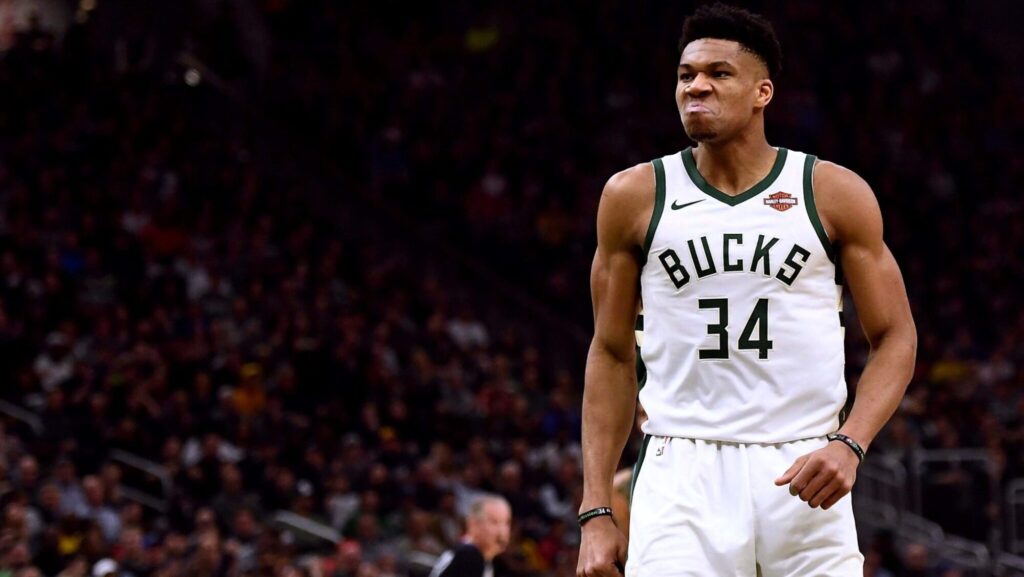 In 2018, when you mention Cameroon in the NBA, you will most likely hear the name ‘Joel Embid’. Though Embid is the NBA’s most popular and promising Cameroonian player, there is no shortage of Cameroon-born players from the NBA. Check them out below. Cameroon has recently turned into a succesfull contender for the title of the African Basketball Championship. They even reached the Silver Medal game in 2007 and recently has done pretty solidly against non-African competition.

NBA Players from the Cameroon:

The Cameroonian basketball professional Ruben Bertrand Boumtje Boumtje was born in 1978 on May 20th. When he played the position of center, he stood a full seven feet tall and weighed 260 pounds. He graduated from Georgetown University, Washington D.C. He also briefly played in the NBA but retired due to a heart condition when he was only 33. This was in November 2011.

In 2001, Boumtje-Boumtje was selected for the NBA Draft as the 50th overall pick. He played with the Portland Trail Blazers in no less than 44 games and three seasons. Plus, he also played for Alba Berlin in the years 2006-2007. During this time, he participated in the German Basketball Bundesliga and the ULEB Cup.

However, his contract expired after this time and he was not approached for a renewal. He did join his previous team’s adversary, the EWE Baskets Oldenburg. Come 2010, Boumtje-Boumtje was a part of the German team, the Artland Dragons. While he did manage to play four games with Beryn Munich in 2011, he was forced to retire due to his cardiovascular issues.

When he was a freshman in the academic year of 2005 to 2006, Mbah a Moute was a major part of the rebounding performance by the Pac-10 Champion Bruins. He did this by making his team either lead the session games or tie for the lead. After these 27 regular games, he sparked a kind of cult movement in the midst of loyal UCLA fans.

His most effective pairing was with Alfred Aboya, who was also a Cameroonian player. This pairing had their own spin-off fan following called the “Cameroon Crazies” (inspired by the “Cameron Crazies” Duke fans). These fans could also be seen sporting a highly coveted T-shirt emblazoned with the words “Moute Kicks Boute.”

The Milwaukee Bucks selected him as the 37th pick in the year 2008. He was traded some years later on the 12th of July, 2013, and became part of the Sacramento Kings. That same year, on November 26, he was traded yet again, and Derrick Williams took his place. Mbah a Moute now became a player for the Minnesota Timberwolves.

The trading continued when Mbah a Moute and Alexey Shved went to the Sixers. They were also picked in the first-round draft in 2015 from Cleveland. Minnesota-based Kevin Love was then part of the Cavaliers, and Andrew Wiggins was a player for the Wolves. The latter team also received Thaddeus Young and Anthony Bennet from Philadelphia and Cleveland respectively.

From there, Mbah a Moute performed for the Los Angeles Clippers team for two years, starting in 2015. He played in the starting position. It was at the end of this stint, on 22nd November, that Mbah a Moute made a plus-minus worth +57. This was the result of a 30-point win in an NBA game played as a rival to the Denver Nuggets. This was the highest plus-minus by anyone in such a game for over two decades.

Siakam is also a Cameroonian basketball pro. He was born in 1994 on April 2. Siakam attended the New Mexico State University and was in the Aggies basketball team. He was then selected 27th for the Toronto Raptors in 2016. This was his introduction to the NBA league.

Tchamo Siakam, the mayor of Makénéné, Cameroon, was Pascal Siakam’s father. His mother’s name was Victorie Siakam. A car crash in October 2014 killed his father. Pascal Siakam has three brothers who are older than him but were college basketball players too. Their names are Christian, Boris, and James. The latter now plays for the Island Storm NBL Canada team.

Born in Yaoundé, Cameroon, on 16 March 1994, Embiid played in the NBA team Philadelphia 76ers. He had a year’s stint at the University of Kansas, playing basketball at the college level. After this, he was picked third in the NBA Draft of 2014. He gave himself the name ‘The Process’ as a result of a fan’s refrain to ‘trust the process.’

Embiid is the son of Thomas and Christine Embiid. His father was a military officer. While Embiid initially wanted to be a pro volleyball player, he showed his prowess for basketball when he was only fifteen. He took inspiration from Hakeem Olajuwon, the NBA Hall of Famer center.

It was no other than Luc Mbah a Moute, also a Yaoundé native and an NBA star, who discovered Embiid at a basketball camp. Mbah a Moute became his mentor, and Embiid moved to the US when he was sixteen.

The first two NBA seasons were a sit-out for Embiid. He then signed a $148 million five-year contract and extended his stay with the 76ers. This was in 2017. He is now eligible to play in the national basketball team of Cameroon.

In February 2017, Embiid became part of the FIBA AfroBasket’s preliminary team. This was to be played in the Republic of Congo. While Mbah a Moute greatly approved of this chance for Embiid to represent his country, Embiid did not actually do so. This was because the qualifier was in March, which was a regular NBA season.