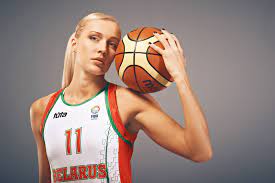 The only player from Belarus to ever play in the NBA is……….Maalik Benjamin Wayns, a naturalized Belarusian born in America on May 2nd 1991. At a young age he started playing basketball for the Roman Catholic High School in Philadelphia, and he achieved to become part of both the Parade All-American and the McDonald’s All-American selections. Then in college he played for Villanova University where he was coached by Jay Wright.

In 2012 he didn’t make it on the NBA Draft, but he did enter the Orlando Magic during the Orlando Summer League and also the Golden State Warriors during the Las Vegas Summer League of the same year. The Philadelphia 76ers signed him on July 31st 2012 and he stayed there until January 2013, because his contract was not renewed. Later that same month he became part of the Rio Grande Valley Vipers, which is a part of the NBA Development League.

The Los Angeles Clippers signed Wayns for two 10-day contracts during March 2013, and then he was hired for the rest of the season, and he also played on the 2013 NBA Summer League.

Later, in 2014 he played three games with the Washington Wizards during the 2014 NBA Summer League. Then he began his international experience when the Žalgiris Kaunas of Lithuania signed him for one year, starting on July 30th 2014. Next year, starting on August 14th 2015 the Italian team Pallacanestro Varese signed him for the 2015-16 Italian Series A season. Then he played in Russia with the Yenisey Krasnoyarsk during the 2016-17 season and in November 2016 he played in Israel with the Maccabi Rishon LeZion team.

Wayns returned to the USA and on August 28th 2017 he became part of the Dallas Mavericks until October 14th of the same year. From October 25th 2017 he was picked up by the Joventut Badalona in Spain, where he remains for the 2017-18 league tournament of the Asociación de Clubes de Baloncesto.