How Much Do NBA Athletic Trainers Make? 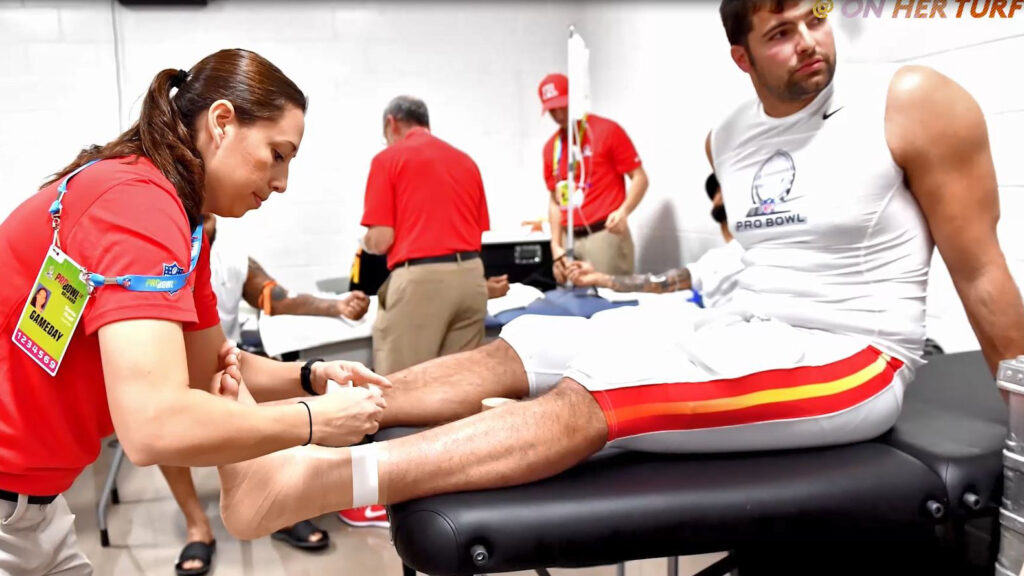 NBA athletic trainers have a good gig – they spend time with the most famous and successful athletes in the world. How much money do they make? Salaries? Read below:

NBA players typically make huge amounts of money unthinkable for an ordinary man. Their daily salaries are much higher than a monthly national average salary. NBA players are highly skilled professionals that invest a lot of time in physical preparation and training. Often, they spend hours in a gym and basketball fields preparing for the regular game on a daily basis.

But they do not work alone and have big teams that work together with them and support their activities. NBA trainers are the most important factor when it comes to preparation. They can teach the players how to perform various exercises and acquire new skills. Salaries of the main trainers usually follow those of NBA players because they are together all the time, and it is important to belong to the same social category.

But other NBA trainers are not so important to clubs as head coaches, and their salaries are much lower. For example, NBA head athletic trainer yearly makes $55,767 on average. Their wage is similar to wages of regular professions outside of NBA.

It starts at the lowest amount of $55,310 per year that receive 25% of all athletic head trainers and moves up to $56,200 per year. 75% of professional head athletic trainers make that amount on a yearly basis. However, top-earners make even more and their salaries go over $56,635 per year. All in all, it is a beneficial thing to work in NBA. Some job positions do not offer excessive profit, but the earnings are still good and acceptable to satisfy many needs.

But there are different trainers in NBA, and some are less or more important. For instance, head coaches make the most. They create the strategy of NBA teams and are the most important members within clubs. Gregg Popovich is one of the highest paid NBA couches out there. He has earned $55 million for 5 years, which is a really serious amount of money, near one million US dollars per month.

Still, salaries of head couches significantly vary, and the differences are sometimes enormous. For example, David Fizdale, the head coach of Memphis, has made only $10.2 million for four years. It is still a huge amount of money, but it is much lower than Gregg’s salary. A Detroit head coach, Stan Van Gundy, has earned $35 million in the five years. His salary is somewhere in between those two above.