How do you fix the NBA D-League? Call it Summer League 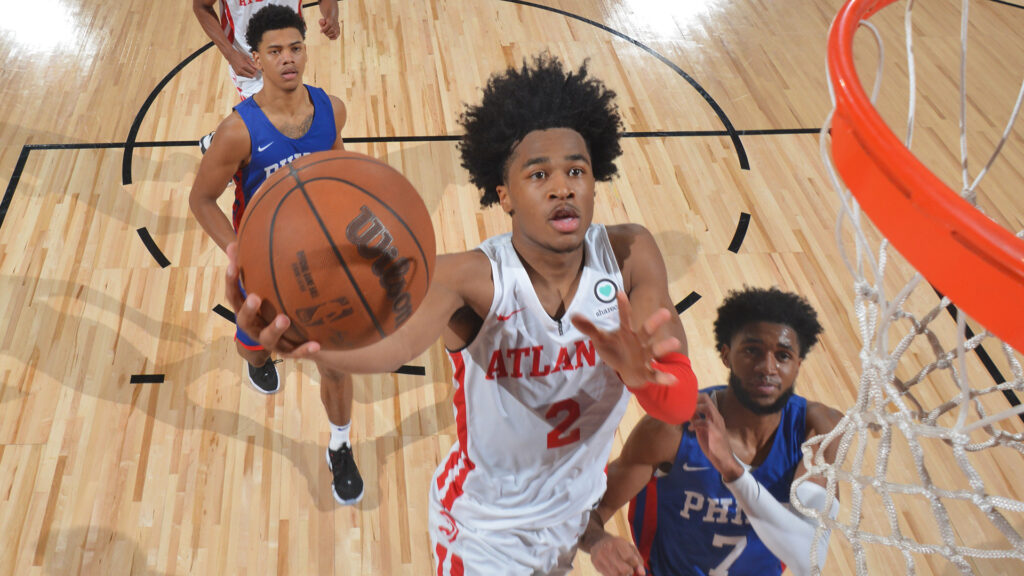 Last week was a very weak sports week on TV.

Baseball was approaching its All-Star break, football season is in deep preview mode, and the Olympics are only starting later in the summer.

If you did happen to try and find compelling live sports last week, it was likely the NBA Summer League, whose games were airing around the clock on NBA TV. Even ESPN 2 got in on the action, airing live games when the scene shifted to Las Vegas.

Meanwhile, if you were following Twitter trends, you may have noticed both NBA free agency and key players in Summer League consistently breaking the social platform’s barrier.

The truth is that the rise of the Summer League may be occurring due to the genuine increase in social NBA following and a lack of other compelling sports on TV.

The Summer League actually started in the 1990s and took place in UMass Boston’s facilities. Back then, only a handful of teams participated, but you could see the potential of a great sports avenue take shape.

Since then, the Summer League has continued to expand, including stops in Orlando and Utah, with all 30 NBA teams participating in some way. But the real testament to the success of the Summer League is the national attention. Never before in its existence was every Summer League game readily available live on cable TV.

Let’s compare this progress to the NBADL—the NBA’s developmental league, better known as the D-League. The past few seasons, NBA TV has aired several live D-League games, but with poor ratings. According to Nielsen, the ratings for those D-League games were so low nationally, they typically don’t register a decimal point and are rounded to 0.0.

The fact is that the D-League has an extremely tough hurdle the Summer League doesn’t need to face: timing. The D-League is literally competing with the NBA regular season, scheduling games aligning with their top-tier counterpart’s schedule. What fan would tune in for a Westchester Knicks game over a New York Knicks game? It’s simply not a fair fight.

Meanwhile, basketball junkies don’t have an outlet in the summer. They pound the rumor mills over trades and free agency, hoping for both the next Durant or even Mozgov storylines until they get their next fix. The Summer League falls down from the heavens like manna at a time they miss basketball the most.

Another key difference between both leagues is talent. Typically, the majority of all rookies as well as a decent chunk of second-year talent, international hopefuls, and blasts from the past (hello Aaron Craft) compete for their NBA lives in the Summer League. It’s the best form of reality TV. Compare that to the D-League, where the salaries and exposure are low, so you get guys who haven’t made an NBA squad for some time and are still hopeful, but not good enough to play internationally. Phoenix Suns guard Devin Booker, who played in the 2016 Summer League, would be the D-League’s best player of all time.

So what can the NBA do? Consider turning the D-League into the Summer League. Imagine it—you make sure each NBA team is represented, keep the current D-League team locations, and each team would be filled with their affiliated NBA team’s rookie class from the last two years among other NBA hopefuls. The league could run from July 1st to October 10th and be a mini NBA season, or roughly 40 games.

NBA teams could then stagger their rookie minutes accordingly, depending on who they want to see more development from and who could use more rest. For example, a team like Boston may not want to play incoming 3rd overall pick Jaylen Brown 30-plus minutes a night for 40 games, and instead could ensure that guys like James Young and RJ Hunter are tested more over the grind of a mimicked grueling season.

Additionally, the NBA could place stipulations on who is eligible to play in this new D-League/Summer League hybrid, to ensure that teams don’t abuse the system. For example, the rosters could be limited to guys who have played two consecutive NBA seasons or less, and/or a minutes constraint could be tied to league eligibility, preventing those who have already logged plenty of NBA minutes from participating.

I would suspect that this revised league would take off immediately. Games would count a bit more, fans would get a genuine sneak peek on incoming young talent, and the social buzz would be through the roof. Odds are that both the ABC and Turner television networks would be all over broadcasting these contests.

The best part is it would give all NBA fans that extended summer outlet and ensure year-round basketball. Such a move could even propel the NBA further and make it the most-watched league in the U.S., a spot currently occupied by the NFL.

The current system is in place to mimic baseball’s minor league system. When the NBA created the D-League, it envisioned a possibility for teams to randomly call up and call down players over the course of the season. That honestly doesn’t happen nearly as much as it does in baseball, and those same NBA teams are likely to still call up said talent even without the prospect of the D-League. A better route is giving some of those players more exposure for a potential promotion down the line, whether that comes in the NBA or internationally.

There’s really no way this idea would fail. The NBA has an opportunity to take advantage of the full calendar year and dominate this country. Adam Silver: make this switch and you’ll be considered the greatest commissioner of all time.