Big move or not, the Celtics are closer to contending than you think 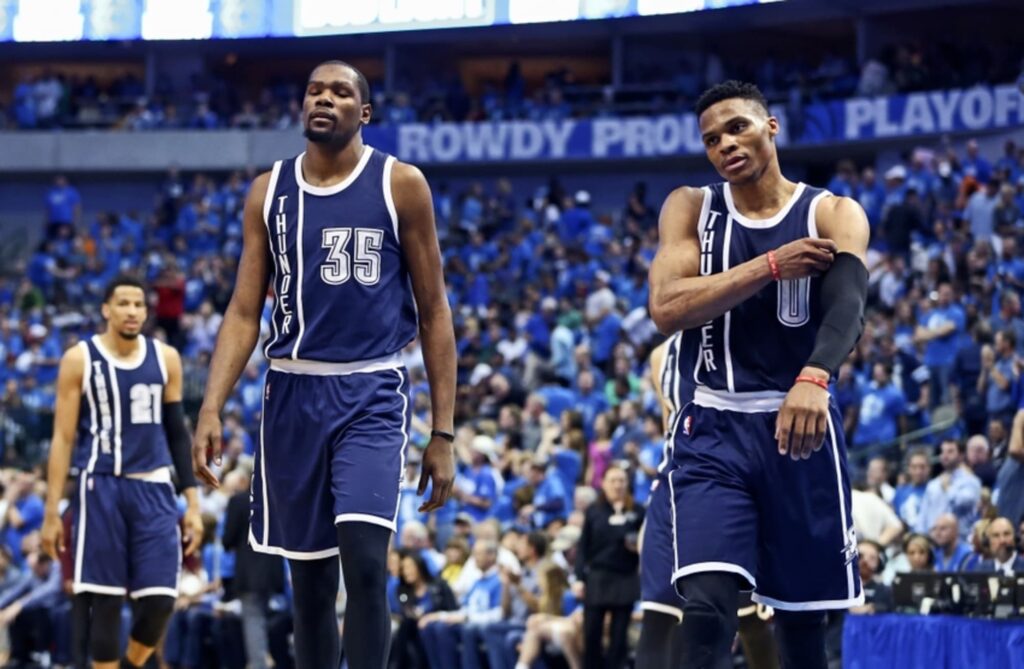 All the talk surrounding the 2016 NBA Draft was on Boston Celtics executive Danny Ainge and what he might do with the third overall pick. Pundits were saying the draft didn’t start until we all knew where Ainge was standing at 3. Of course, without much fanfare, he delivered a surprise by selecting Jaylen Brown.

The outcry came immediately. Everyone from bloggers to ESPN regulars were dubbing the selection, and the overall failure of Ainge to pull off a major deal, as colossal failures. The perception was that Ainge simply had too many picks (eight in the 2016 draft alone) to warrant keeping all those assets. By not exchanging his change for paper money, the thought was that Ainge missed out on an opportunity.

Before we jump right into Boston’s current roster, check back on last year, and determine the team’s current trajectory, let’s squash that notion that the team’s 2016 draft night was a failure.

Going into the draft, GMs seemed to be playing a giant game of chicken. Everyone knew a team like the 76ers, for example, needed to move Jahlil Okafor and, it was assumed, the same could be said about a deal involving the Celtics consolidating their picks. So, the dance began. Sixers exec Bryan Colangelo would gauge Ainge’s intentions and start with offering Okafor for the 3 pick. Ainge would try to get him off that stubborn stance, and the two execs would be at a standstill. The same thing happened with Chicago, who reportedly wanted the 2017 and 2018 Brooklyn Nets first round picks (both of which Boston owns) for Jimmy Butler. Ainge stood firm, maintaining that he didn’t simply want to squander assets for the sake of forcing a deal that would have netted Boston an unfair return.

In fact, by adding Jaylen Brown, the Celtics may have the greatest collection of defensive  perimeter talent since the ’90s Bulls or late ’80s “Bad Boys” Pistons. Sure, get your laugh in, but consider that Marcus Smart, Avery Bradley, and Jae Crowder are all top 5 defensively at their respective positions (1-3), and that the incoming Brown is the embodiment of the modern pick-and-roll stopping talent. This team will create more turnovers than Kupel’s Bakery.

The Celtics are also coming off a season in which they were one win away from having the East’s 3 seed. They finished in a four-way tie for the conference’s third-best record, but ended up with the 5 seed in the tiebreaker. They faced an Atlanta Hawks team with personnel that encompassed the worst-possible matchup for them. Yes, while Boston’s perimeter defense is top notch, their interior defense and rebounding are works in progress—to be generous.

The Hawks’ Al Horford/Paul Millsap tandem annihilated Boston on the glass, and the team simply couldn’t make up the difference of roughly 10 additonal possessions per game. But as the old saying goes, “If you can’t beat them, take their best player.” Obviously there’s no such saying, but by signing Horford this offseason, the Celtics have significantly upgraded their rebounding and defensive presence up front. In addition to his defense and rebounding, Horford gives Boston a bona-fide post presence who is unselfish in isolation sets and can bring opposing bigs outside the paint with his ability to hit the 3 ball.

In terms of other Eastern Conference teams that were part of the tight race for the 2-6 seeds, all of them lost a key rotational piece without making any significant gains. Toronto lost Bismack Biyambo. Miami lost Dwyane Wade. Atlanta lost Horford and Jeff Teague. Charlotte lost Al Jefferson and Courtney Lee. All of those losses will hurt those teams. Behind Boston in last year’s standings, Indiana and Orlando did make significant gains, and Detroit should improve organically; still, those three squads are about a season away from title contention in their respective divisions.

While the Celtics should be optimistic, they should also continue to be patient. Besides owning Brooklyn’s 2017 and 2018 first-round picks, they are already seeing strong progress from Terry Rozier, RJ Hunter, and James Young in the NBA Summer League. They simply should not be in a rush to make a monster move. But I would advocate for seemingly minor moves.

Boston has a unique opportunity to zig while everyone else zags. Other teams are focused on getting spacing and quicker bigs. Boston, meanwhile, is one of the few teams with the unique defensive personnel to stop a new-age team—did anyone play the Warriors better over the course of the regular season? All they really lack is an interior defensive presence next to Horford.

While LeBron James, Kyrie Irving, Kevin Durant, and Russell Westbrook were critical factors in their teams’ matchups with the Warriors in the playoffs, big men Steven Adams and Tristan Thompson were the true x-factors. Golden State simply had no answer for their prowess in the paint and on the glass. It’s also noteworthy how significant Golden State’s dip was without Andrew Bogut or Draymond Green in the lineup against Cleveland. The point is that interior defense is still a major component in today’s NBA—one that execs are overlooking.

If the Celtics can add a pure interior defensive presence, you may be looking at one of the better defensive teams this league has ever seen. They could even acquire one without using a major asset.

Tyson Chandler is signed to a reasonable deal, and one would think the up-and-coming rebuilding Suns would be willing to move his contract for mediocre assets at this stage. But while Chandler may get Boston to the proverbial “next level” and comes with some valuable locker room experience, what Boston would really need to contend is his younger self: Hassan Whiteside.

It certainly seems far fetched now since he just signed a contract to return to Miami, but I’d suspect Whiteside to be on the market by next February’s trade deadline. Miami will need to further rebuild and would probably want to clear cap in hopes of landing two marquee free agents in one coup next summer. Boston is one of the few teams that could give them the perfect package in such a venture. If Boston were able to acquire a talent like Whiteside without using the 2017 Brooklyn pick, they’d be in that upper echelon of contention.

Going into the season, the Celtics should test their current lineup of Kelly Olynyk/Horford/Crowder/Bradley/Isaiah Thomas with Smart/Rozier/Brown/Amir Johnson/Jonas Jerebko off the bench. Then I’d gauge the market as the season progresses and see if a team looking to rebuild possesses that interior defensive presence. Ideally, I’d hold onto the 2017 Brooklyn pick, unless for some miracle Utah’s Rudy Gobert becomes available.

Besides Chandler and Whiteside, other trade candidates for an interior defensive presence include Milwaukee’s John Henson, Minnesota’s Gorgui Dieng, Philly’s Nerlens Noel, New Orleans’s Omer Asik (reluctantly), and Philly’s Joel Embiid (not immediately, but if the Sixers can’t land anyone for Okafor and Embiid garners a trade market after proving healthy and a force, Ainge can offer a package to help balance that roster for the future).

If the Celtics can continue to be patient and not force a trade, they’ll be in prime position by next’s February trade deadline. They won’t even need to make a major deal to contend. Get excited Celtics nation!