How to Become an NBA Player? 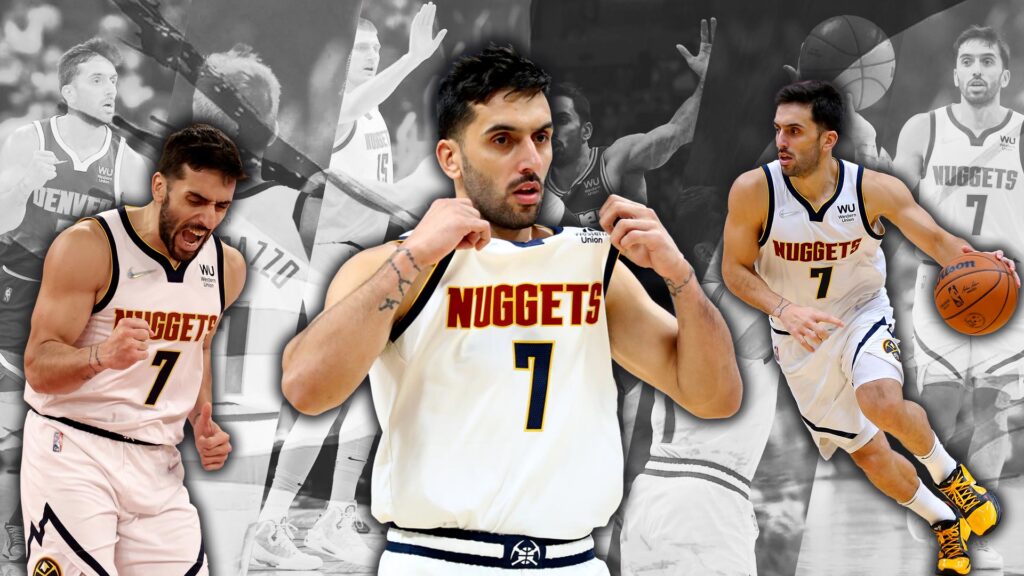 Getting into the NBA is the ultimate goal to thousands of young basketball players. They all work tirelessly to make the cut and get into the best basketball league in the world. However, only a fraction of them gets to feel the thrill of playing in the NBA and making a living as a professional basketball player. Here is some useful information that should give you a clue or two on what it takes to be an NBA player.

What are the odds of making it to the NBA?

Taking account of everything that one needs to get into the NBA requires a ton of variables and data. To put it simply, that’s pretty much impossible. However, here is a bit simplistic approach that should give you an idea or two of your odds.

Next comes the NCAA. Only one out of 35 high school players get to pay in the college basketball. And from there only 50 NCAA players get to play in the NBA. That’s 50 out of 4200 college players eligible for the draft. That comes to 1.2% chance of being drafted by an NBA team.

What NBA scouts look for in basketball players 20 and younger?

NBA scouts make in-depth analyzes for every basketball player that they think has potential to play in the NBA. Here are the top key 5 features they find essential to any players that want to be part of the NBA:

Above average athleticism is something that is much appreciated by basketball scouts. For example, a player that can bounce with ease can also release jump shots faster and can easily block their opponents. Also, they keep a close eye to the player’s lateral quicknesses and its drilling speed.

Scouts will closely watch their prospect how they behave on practice, in the gym, how they work with the coaching staff, their attitude toward their teammates, and sometimes their leadership skills.

This is about player’s ability to use both the left and the right hand equally. Players with this attribute have a much higher value in the eyes of basketball scouts.

Not everyone can be versatile as Lebron James, but with enough work, anyone can cover more than one position in the team and go a bit beyond the scope of his original role. Scouts love to see that with college players and how they behave when they are asked to play something different than usual.

Even though there are college basketball players in all shapes and sizes, scouts prefer players with particular features. They need to be sure that the prospect can endure the rigors of the league. They greatly care about their wingspan, their muscle structure, stamina and so on.

Do you need to go to college to play in the NBA?

The NBA rules say that all players need to be at least 19 years old to have finished one year of college education to be eligible for an NBA Draft. This rule was introduced in 2007 as a reaction of Lebron James skipping college and going straight in pros. Then there are plenty of American players that went to play in Europe and returned to the NBA without going to college altogether. Currently, there are around fifty NBA players that never went to a college. For example, Daniel Theis came to play for the Celtics from the German league.

Most European NBA players never went to an American college, or any other college so ever. Luka Doncic, the Slovenian wonder boy that is making a name for himself in his rookie season, came from the Spanish league where he played for Real Madrid. By the age of 19, he won loads of trophies. He was part of the 2018 draft where he was picked third by the Atlanta Hawks and later traded to the Dallas Mavericks.

Then there is Kevin Durant himself. He spent a year playing in US NCAA so he could become eligible for the NBA Draft. In 2007 he was drafted as the second overall pick by the Seattle Supersonics.

How long do you have to go to school to be a basketball player?

One year of college is the bare minimum for a player to be eligible for the NBA draft. The one-and-done rule that was introduced in 2007 is there to make sure players don’t skip college and go directly in the NBA. If a player with an ambition to play in the NBA decides or cannot attend college for any reason, he can play one year in one of the minor leagues or elsewhere in the world. He can even take a break from basketball and wait to turn 19. But, one year sabbatical from basketball is something that no one wants or does.

Brandon finished his education with Oak Hill Academy and decided that he should play in Europe first, rather than going in college and waiting for one year to become eligible for the draft. After one year with the Italian team Lottomatica Roma he went on the 2009 NBA draft. There he was drafted tenth by the Milwaukee Bucks. He spent nine seasons in NBA before returning to Europe in 2018 to play for Zenit Saint Peterburg in the Russian national league.

After attending the University of New Orleans, Lester signed up for the 2008 draft. However, he wasn’t picked up by any of the NBA teams, so he went to Europe. He played for clubs all over Europe; Serbia, Italy, Spain, Germany, and Turkey. There he won plenty of trophies and a lot of personal awards. In 2015 he accepted an offer from NBA’s New Orlean Pelicans. However, he didn’t stay much in the NBA. The following year he returned in Europe, in the French team of Limoges.

Basketball drills for you to practice

Basketball is a type of game that requires a combination of technical skills, speed, agility, and strength. Yet, NBA players make it look so easy. Here are some of the best drills to prepare you for the challenges of professional basketball.

This is a well-known exercise and a very effective one used both by amateurs and professionals. You need to shoot from five spots: corner, wing, top of the key, the next wing, and the following corner. First, you need to hit three in a row, before running to the next spot. After you accomplish that, you need to hit two in a row from each of the given spots. And for the last round, you need to hit one shot from each spot in a row. That’s five consecutive hits.

Delivering the ball to your teammates in the best possible way is of importance for players in all positions. The drill is really simple. All you need to do is to find a tape and place a small X on the wall. Set it at mid-chest height. Stand around ten feet from the wall. Next, try to hit the X with the ball so strong that it comes back to you, but not too strong so you won’t be able to grab it. After you hit the first X and the ball comes back to you, walk a step backward. Then hit the X again, grab the ball and another step back. Repeat the drill until you are too far from the wall and you can’t hit it so strong that it doesn’t bounce back to you.

Record video of yourself playing basketball against the competition

Sometimes being a talented basketball player is not enough to get noticed by scouts. Aside, great statistics and undeniable talent, you can upload online some of your best games. Just make sure that all the videos are in HD and you are in the center of the action.

You can either hire someone to record you playing or ask a friend or a family member to help you with that. That way he can focus on your action and promote you. Alternatively, you can grab your team’s videos and make a supercut from the parts where you are in the main role.

Finding and hiring an agent is no brainer. However, finding a good agent, one that will dedicate a lot of time and effort to your career is a bit trickier. Almost all agents can be reached online via their own websites, agency’s website, or an online directory. But before you hire anyone you need to make sure that he has worked with players of your age and status, and that he has done well by them. They are the ones with the top experience and the only ones that can lead you to the promise land – the NBA.