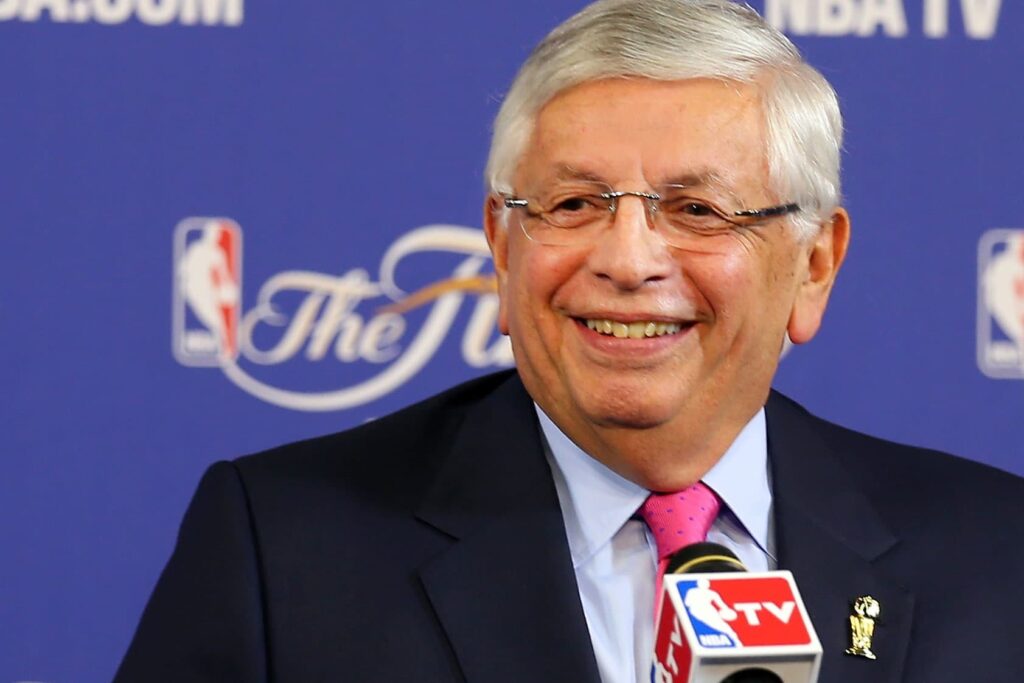 David Joel Stern is an American lawyer and businessman who became the National Basketball Association’s 4th commissioner back in 1984, succeeding Larry O’Brien. He started climbing up the association’s ranks in 1996, where he served as an outside counselor. He became part of the General Counsel in 1978 and became Executive Vice president in six years’ time. Stern is highly credited with the NBA’s rise in popularity back in the 1990s to the early 2000s.

On the 25th of October, 2012, Stern publicly announced his resignation as commissioner on the 1st of February, 2014. This was exactly 30 years after he began his tenure as NBA commissioner, leading him to become the longest-serving commissioner in NBA history. Adam Silver, his deputy, was appointed as his successor.

For his contributions to basketball, Stern was rewarded the Olympic Order back in 2012. In 2014, he became a member of the Naismith Memorial Basketball Hall of Fame. And in 2016 he was included as a member in the FIBA Hall of Fame.

Apart from his career in basketball, Stern also served as a member of the Board of Overseers in Rutgers University and is currently a Chair Emeritus for Columbia University’s Board of Trustees. He is also included in the Council of Foreign Relations.

Born on the 22nd of September, 1942, New York City, David Stern became part of a Jewish family. He lived in Teaneck, New Jersey for most of his early life, and graduated from Teaneck Highschool. He enrolled Rutgers University and entered the Sigma Delta chapter of the Sigma Alpha Mu Fraternity back in 1960. He graduated back in 1963 with a degree in history, and studied law in Columbia Law School, graduating in 1966. He passed the bar exam in the same year and became a full-fledged lawyer.

Stern became affiliated with the association in 1996, when he became a part of the Proskauer, Rose, Goetz & Mendelsohn, LLP, being the law firm representing the NBA. He lead the Robertson vs. NBA case brought upon by Oscar Robertson, a star player at that time. A settlement was drafted with the help of Stern, allowing the initiation of the NBA/ABA merger in exchange for the abolishment of the “option” clause of the NBA in its player contract, where players can become free agents.

Stern left his law firm for the opportunity of becoming General Counsel for the NBA in 1978. In two years, he became Executive Vice President. Two key decisions were established after this time- the player salary cap and drug testing. The salary cap became a new system where the player and team owner became partners. The drug testing was done to quash the public’s perception of basketball players habitually using illegal substances, with the NBA acknowledging that there was a problem, and is employing new measures to combat it.

In Stern’s time as the NBA Commissioner, four great players entered the playing field- Michael Jordan, Charles Barkley, John Stockton, and Michael Jordan. This brought about a golden age for the NBA in terms of commercial success. Nike contracts were signed, further promoting the league on a national level. By the early 2000s, Stern lead the expansion of the NBA from 10 franchises to 30, expanding internationally and televising the games all over the world.

The founding of the WNBA was also overseen by Stern, one of the few professional basketball leagues for women. Stern was credited for broadening the general audience of the NBA through training camps, foreign recruitment, and international exhibition games.

Today, the NBA has established 11 offices outside US territory, with their matches televised in over 200 hundred countries and translated in 43 different languages.

The NBA has witnessed numerous controversies under Stern’s belt, especially in his later years: