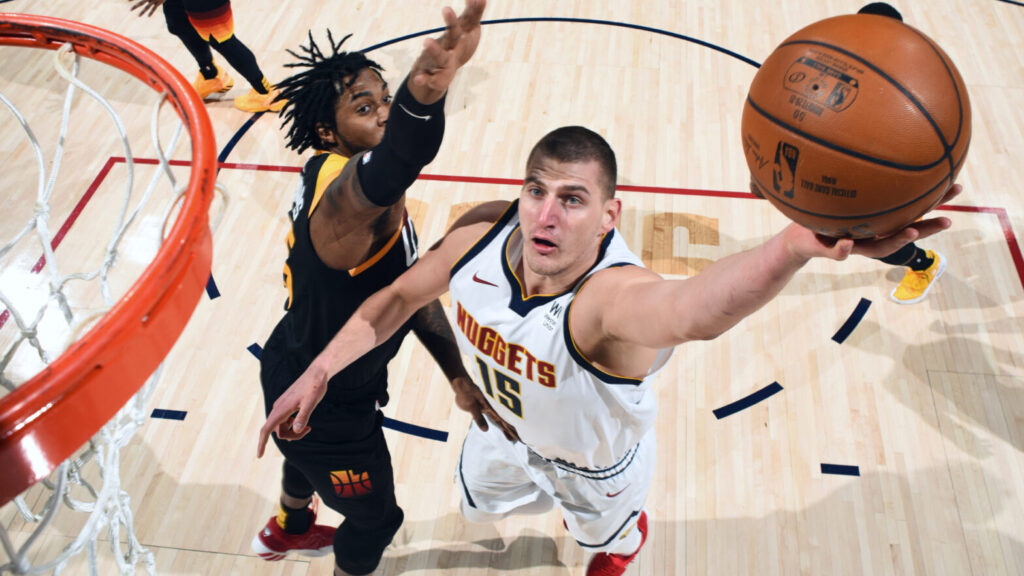 Basketball is serious business in Lithuania. As the nation’s most popular sport there is often more than one basketball school in every major town!

Previously considered a sport for women, the first official game of basketball in the country took place on 23 April 1922 and was played by men. Two years later Lithuania hosted its first men’s basketball tournament.

For a short time the popularity of football overtook basketball, with the sport relegated to only being played in the summer months due to having no indoor arena to play in. In 1936  Lithuania became a member of FIBA and began to take part in international basketball competitions.

During the Soviet occupation athletes were only able to show their prowess by helping the National team win many medals, often with Lithuanian players forming the core of the Soviet squads. Since gaining independence in 1990 Lithuania continues to perform highly on the world stage. Ten Lithuanian nationals have gone on to play in the NBA with four currently playing today.

Lithuania has a pretty good pipeline of NBA talent, and there are currently 4 NBA players that hail from Lithuania. As for their predecessors, the list is pretty decent: Martynas Andriuškevičius, Žydrūnas Ilgauskas, Šarūnas Jasikevičius, Linas Kleiza, Arvydas Macijauskas, Šarūnas Marčiulionis, Arvydas Sabonis, and Darius Songaila. And although not commonly known, the Philadelphia 76ers’ Nick Stauskas actually holds a Lithuanian passport.

Here are the remaining active NBA players from Lithuania:

As a skinny 15 year old Mindaugas Kuzminskas could not see a future in Pro basketball. Wishing to follow in the footsteps of his older brother and his mother who both played professionally he learnt to referee so he can be involved in the sport he loves.

As his weight and height blossomed with age he came back to basketball. He spent time  playing for several teams in the Lithuanian and Baltic basketball leagues. He eventually moved to the Spanish team Baloncesto Málaga in 2013 and competed in the prestigious Euroleague. After proving himself playing in Europe he finally signed with the New York Knicks in 2016.

Donatas started his career playing for the junior team of BC Žalgiris in the Lithuanian National Basketball League in 2005. Two years later he played his first game for the senior team in the Baltic Basketball League. Over the next three years Motiejūnas played professionally in europe eventually signing with the Houston Rockets in 2012. With many problems cited by Motiejūnas as the “business” of professional basketball, questions about his health and a failed medical the NBA dream has been anything but smooth sailing. In January this year Motiejūnas signed a minimum one year contract with the New Orleans Pelicans.

Having a famous father can not be easy, especially when your father is as accomplished as Arvydas Sabonis. Winning many Player Of the Year awards in Europe as well as gold medals in the Olympics and the World Championships, the pressure on the son must of been formidable.

Domantas was exposed to basketball early on,  with his father playing for his national and european club teams and eventually playing for the Portland Trailblazers

Taking part in shooting competitions on the practice court and spending time with the players it was inevitable he would gravitate towards professional basketball.

After playing in the under 16 and under 19 National teams Jonas Valančiūnas started playing professional basketball at the age of 19. One year later he started to play in the top tier Lietuvos krepšinio lyga or Lithuanian basketball league.

With a career that has netted him multiple MVP awards, gold medals and FIBA European Young Player of the Year twice, he was perhaps destined to find himself playing in the NBA.

In 2012 he signed with the Toronto Raptors and has enjoyed a successful career with them. He was named the 57th best player in the league by ESPN. He continues to play for the Raptors today.

An article about Lithuanian basketball would be incomplete without an update on the Ball brothers: LianGelo Ball and LaMelo Ball, flanked by their new coach, dad LaVar Ball, are scoring loads of points for Vytautas.